WASHINGTON, June 9, (Yonhap) -- The U.S. Senate confirmed Gen. Charles Q. Brown Jr., with years of duty experience in South Korea, as the new U.S. Air Force chief of staff Tuesday in a unanimous vote that will make him the first African-American to lead a U.S. military branch.

"General Charles Brown as the USA's first-ever African American military service chief has now been approved by the Senate," Trump tweeted. "A historic day for America! Excited to work even more closely with Gen. Brown, who is a Patriot and Great Leader!"

During his 35-year service, Brown worked as an F-16 fighter pilot at the 35th Tactical Fighter Squadron at Kunsan Air Base, located in South Korea's western city of Gunsan, from April 1987 to October 1988, and as the commander of the 8th Fighter Wing at the same base from May 2007 to May 2008.

Brown was commissioned in 1984 as a distinguished graduate of the ROTC program at Texas Tech University. He is a command pilot with more than 2,900 flying hours, including 130 combat hours, according to the Air Force.

In July 2018, he was appointed as the commander of the Pacific Air Forces and air component commander for the U.S. Indo-Pacific Command. 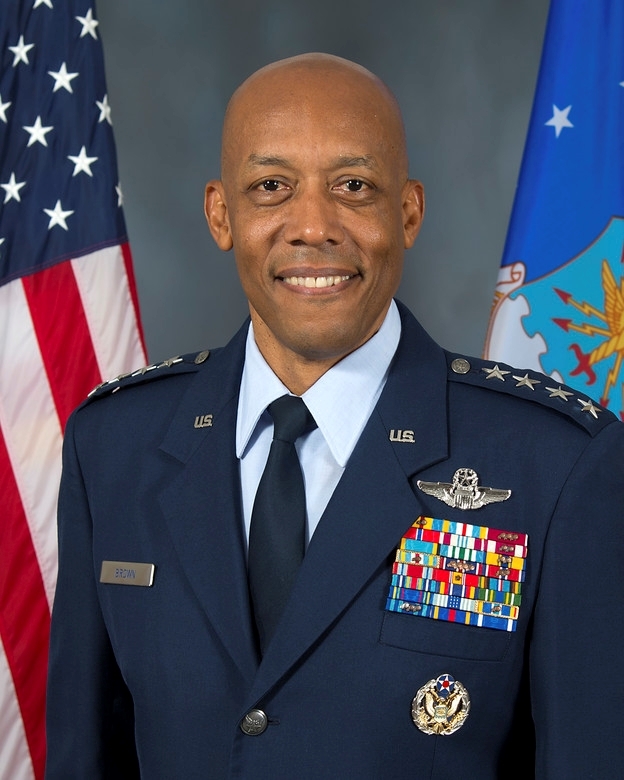