SEOUL, June 10 (Yonhap) -- North Korea will reach out again through inter-Korean communication lines, a ex-unification minister said, despite its vows to cut all channels with South Korea in anger over the flying of leaflets into the North.

Jeong Se-hyun, a top North Korea expert who served as unification minister from 2002 to 2004, made the remarks in a press conference to disclose his new book, a day after the North vowed to cut off all phone lines with the South.

"They did not cut the phone cords. They just unplugged it or they're not responding when the phone rings. They will respond when they feel the need to talk with South Korea, depending on the domestic and international political situation," Jeong said.

On Tuesday, the North called the South an "enemy" and vowed to cut all inter-Korean communication lines in anger over anti-Pyongyang leaflets sent across the border by North Korean defectors in South Korea. Since then, it has not answered routine daily phone calls from the South via liaison and military hotlines.

Jeong said, however, that the North's hard-line stance is not just about the leaflets, but it also reflects its dire economic situation amid the coronavirus pandemic as the country is set to commemorate the 75th anniversary of the Worker's Party this year.

"This is not simply a problem of leaflets. They are showing an accumulated dissatisfaction toward South Korea's failure to respect two inter-Korean agreements, the Panmunjom Declaration and the following military agreement," he said, referring to two key inter-Korean agreements, the Panmunjom Declaration of April 2018 and the following military agreement in September the same year.

"But if going deeper than that, their recent display of intense hostility shows a lack of confidence over domestic issues within North Korea," he added.

Jeong said he believes the new coronavirus has already spread throughout the country.

"In a situation where schools were postponed and started in June, adults also cannot run factories," he said. He added that the coronavirus must have dealt a blow to the country's economy, particularly in the manufacturing industry and agriculture.

He also speculated that Kim Yo-jong, sister of North Korean leader Kim Jong-un, is de facto next in the succession line.

Kim Yo-jong issued a statement last Thursday denouncing the flying-in of such propaganda leaflets as a hostile act that runs counter to peace agreements the two sides signed during summit talks of their leaders in 2018.

Unless South Korea takes action against such leaflets, Kim warned the North will abolish an inter-Korean liaison office, scrap a military tension-reduction deal signed in 2018 and dismantle a now-shuttered industrial park in the North's border city of Kaesong.

Inter-Korean relations have remained chilly amid a stalemate in denuclearization talks between Pyongyang and Washington since their no-deal summit in February last year. North Korea has balked at all of South Korea's offers for talks and cooperation. 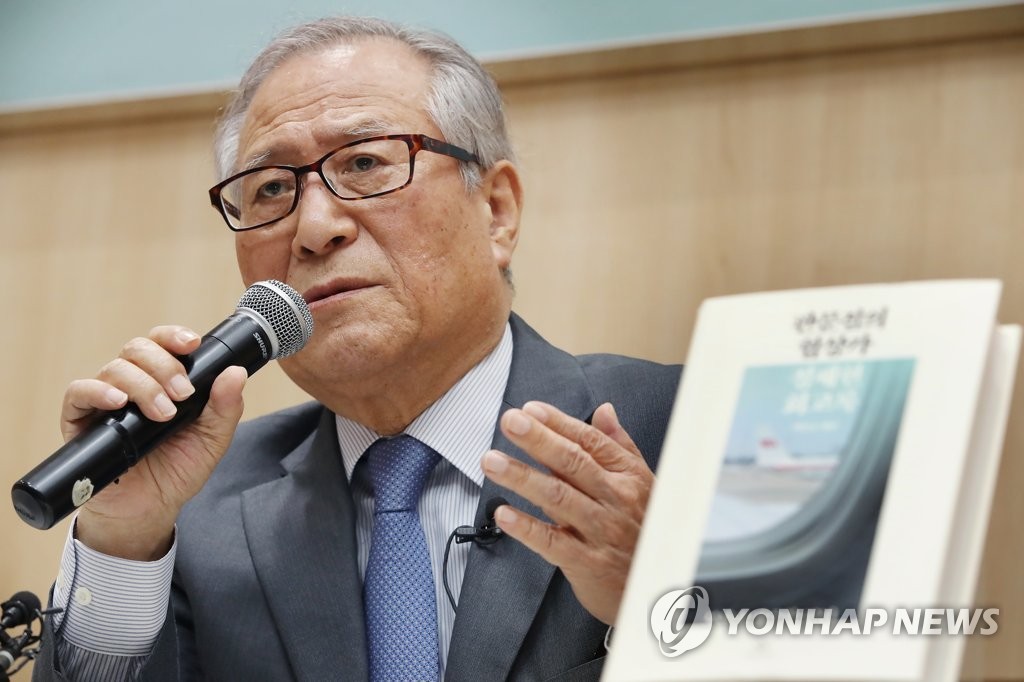