(ATTN: UPDATES with more details in paras 20-21)
By Woo Jae-yeon

SEOUL, June 10 (Yonhap) -- The new coronavirus has upended daily life for people around the world. And many children have been hurt due to being locked at home with abusive and neglectful parents.

In the southern city of Changnyeong, a 9-year-old girl was found wandering on a roadside by a neighbor late last month. Wearing shoes that were far too big, the girl had severe bruises around her eyes and body, cuts on her head and blisters on her fingers.

While the neighbor took her to a nearby convenience store to buy food and applied ointment on her burnt fingers, she learned that the girl had been physically abused by her stepfather and mother at home. She took the girl to police. 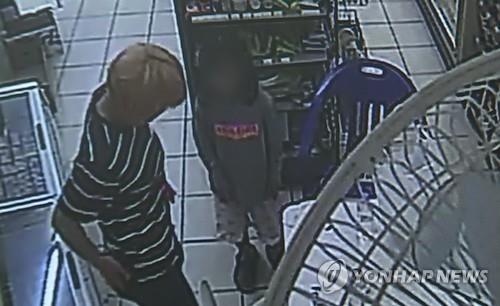 Child abuse cases are nothing new.

Before the COVID-19 pandemic, the number of suspected child abuse cases had been on the steady rise. In 2018, 24,604 cases were reported, more than double the 2014 figure of 10,027, according to a research titled "Child Abuse & Neglect Korea 2018," released by the Ministry of Health and Welfare.

This year's data, however, bucked the annual trend.

Data from the National Center for the Rights of the Child (NCRC) showed the reported cases dropped to 6,887 in the first quarter, down by 449 from a year ago.

The drop in the reported cases is alarming children advocates, as it could mean that the country's child care and protection system failed to function and that child abuse has been going undetected behind closed doors.

Schools and care centers mostly closed for the first half of the year due to the novel coronavirus, although the country recently reopened schools amid a slowdown in the spread of the virus.

The nationwide closure left school officials -- the leading reporters of suspected child abuse -- with little chance to detect signs and marks of abuse on children. 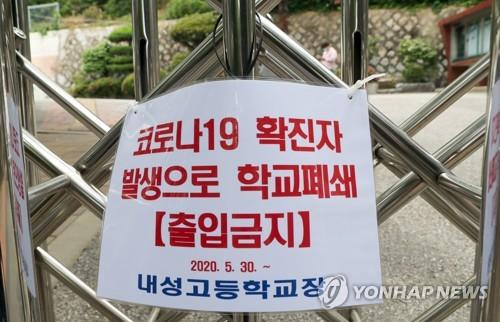 The United Nations echoed the growing concern over child safety during the pandemic.

In a policy brief, "The Impact of COVID-19 on Children," published on April 15, the agency warned, "Lockdowns and shelter in place measures come with heightened risk of children witnessing or suffering violence and abuse.

"At time of increased need, children no longer have the same access to teachers to report incidents at home, while social work and related legal and protective services for children are being suspended or scaled back," it said.

Earlier this week, President Moon Jae-in asked government officials to look into whether the country's child welfare system was failing to protect children in troubled homes.

He made the comment after the death of a 9-year-old boy locked in a suitcase by his father's girlfriend became public in Cheonan, South Chungcheong Province.

"The authorities should be more active in finding children in need, as they spend more time at home due to COVID-19, exposed to an increasing possibility of abuse," spokesman Kang Min-seok quoted Moon as saying.

To some children, staying at home with abusive caregivers could be as dangerous as the pandemic, if not more.

Nearly 70 percent of the abusers are parents, followed by non-relative caregivers at 15.9 percent and relatives at 4.5 percent, according to the report.

In the case of the girl in Changnyeong, her teacher reportedly visited her home a few times to give her class materials. But her mother didn't let the teacher enter the house, citing worries over coronavirus infection.

Local police said Wednesday they raided their home last Friday and confiscated about 10 objects, including locks, chains and a plastic stick, which the parents may have used in confining and beating the child.

The girl told the investigators that she was bound with a metal chain and was untied only when she was doing house chores.

The U.N. recommended, among other things, "prioritization of the restoration of child services as lockdown measures wind down."

The health ministry has recently resumed visits by child protection officials to households with "children at high risk," which had been put on hold amid the pandemic.

"With the resumption, we expect to find more (child abuse) cases and help protect them."

The deaths of the two children have prompted the Ministry of Justice to reconsider an outdated provision of the Civil Law on child care.

On Wednesday, the ministry said that it will seek to revise the 1960 law that states, "In order to protect or educate his or her child, the person of parental authority may take necessary disciplinary action against the child."

The decision was made in light of "a series of recent incidents in which parents' corporal punishment led to deaths of children," the ministry said.

While the article could be misinterpreted as allowing corporal punishment of children at home, the Child Welfare Act, effective since 2015, bans caregivers, including parents, from inflicting mental and physical pain on children.

The ministry will hold a meeting over the issue with children and experts in children's rights on Friday.