SEOUL, June 10 (Yonhap) -- South Korean stocks closed higher for the ninth consecutive session Wednesday, while investors sat on the sidelines before the outcome of the U.S. Federal Reserve meeting currently in progress, analysts said. The Korean won gained against the greenback.

It marked the longest winning streak since September 2019, when the index closed higher for 13 consecutive sessions.

Analysts said Seoul shares gathered ground, as investors were mostly buoyed by the reopening of businesses across the globe amid the new coronavirus pandemic. 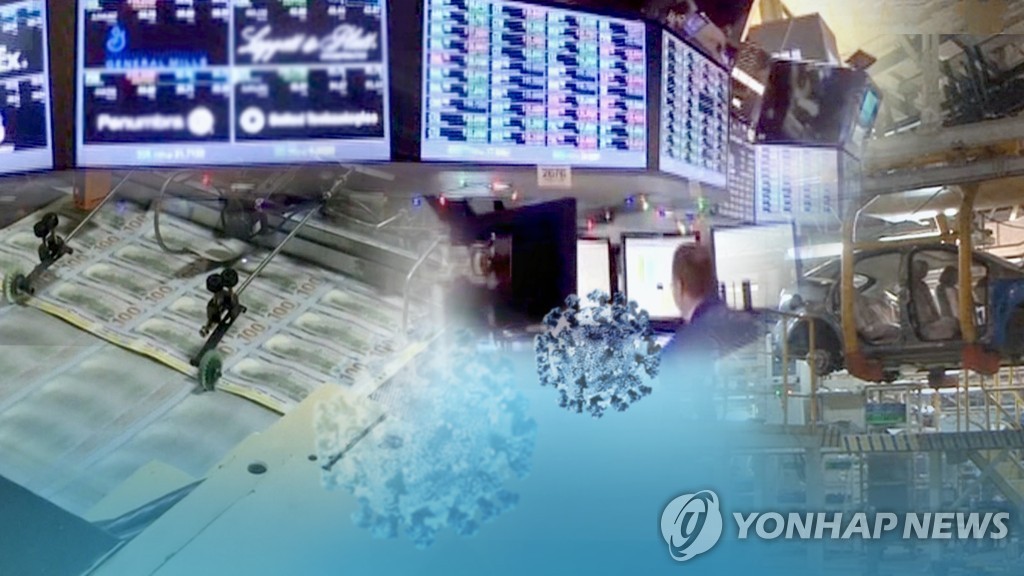 The growth, however, was limited as investors also awaited the outcome of the U.S. Federal Open Market Committee (FOMC) meeting, which will provide direction on how the world's top economy will cope with the new coronavirus pandemic that has put more strain on business sentiment.

The U.S. currently has the highest number of COVID-19 patients around the globe, reporting over 2 million cases so far.

The result of the U.S. Fed meeting will be delivered later Wednesday (U.S. time).

Shares closed mixed throughout the bourse.

No. 2 air carrier Asiana Airlines fell 2.03 percent to 4,350 won, with the firm's top shareholder Kumho Industrial losing 5.1 percent to 7,250 won on HDC Hyundai Development's call for a renegotiation of its planned acquisition of the flight operator.

Top online portal operator Naver increased 2.74 percent to 244,000 won, and its smaller rival Kakao gained 2.95 percent to 262,000 won on the rising demand for non-contact services amid the virus pandemic.