SEOUL, June 10 (Yonhap) -- Star actor Kim Soo-hyun will return to the South Korean small screen next week with the romantic comedy series "It's Okay to Not Be Okay" after fulfilling two years of military service last summer.

"I'm so nervous to be speaking in public," Kim said in an online press conference to promote the show Wednesday. "I'm so excited to be back. I've waited so long."

In the new weekend series on cable channel tvN, Kim plays the role of Gang-tae, a caretaker at a psychiatric ward who lost his parents and must take for his disabled brother, Sang-tae (Oh Jung-se). Due to his exhausting life, he does not believe in love. 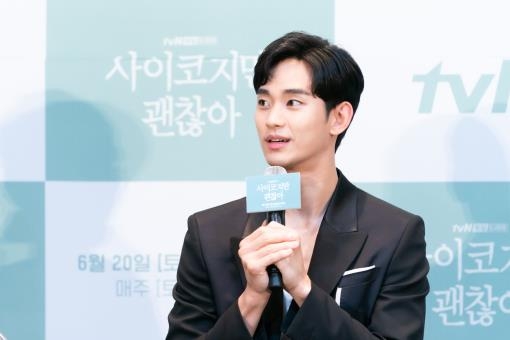 Kim temporarily left show business to serve in the military after his last silver screen project, "Real," was a box office flop in 2017.

After the three-year hiatus, the undoubtedly romantic-comedy king chose "It's Okay" on tvN as his return project. It is his first TV series in five years since the comedy drama "The Producers" (2015).

"Thanks to the off-screen period, I became more relaxed and calm, even though I have more room to improve," the 32-year-old actor said. "Still, I'm so nervous and feel awkward holding a microphone here."

He said his new drama is different from his previous romantic comedies, such as "My Love from the Star" (2013), that helped him gain huge popularity across Asia.

It is not only a love story of the two main characters, but also a human story about those who have wounded hearts and souls, he noted.

"The title of the drama caught my eyes first and I was attracted by my character, who is deeply hurt," he said. "I wanted to evoke sympathy by portraying the character's wounded heart and how he gets healed."

Director Park Shin-woo, who has produced a number of hit TV romance series, like "Encounter" (2019) and "Don't Dare to Dream" (2016), said "It's Okay" is a self-reflection over our biased preferences for certain people.

"Some will like our stories, but others will feel uncomfortable with our characters," he said. "But our drama gives the message that we have to look at others and accept them as they are."

"It's Okay" will premier on June 20 on tvN and will be also available on Netflix from the same day. 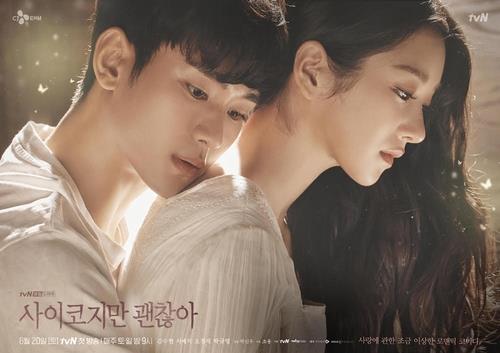