SEOUL, June 10 (Yonhap) -- The state coronavirus relief funds have been spent mostly on dining out and grocery shopping, the interior ministry said Wednesday, based on an analysis of credit card data.

The Ministry of Interior and Safety analyzed credit and debit card transactions from May 11-31 from eight financial firms to find out about spending behavior with the relief money. 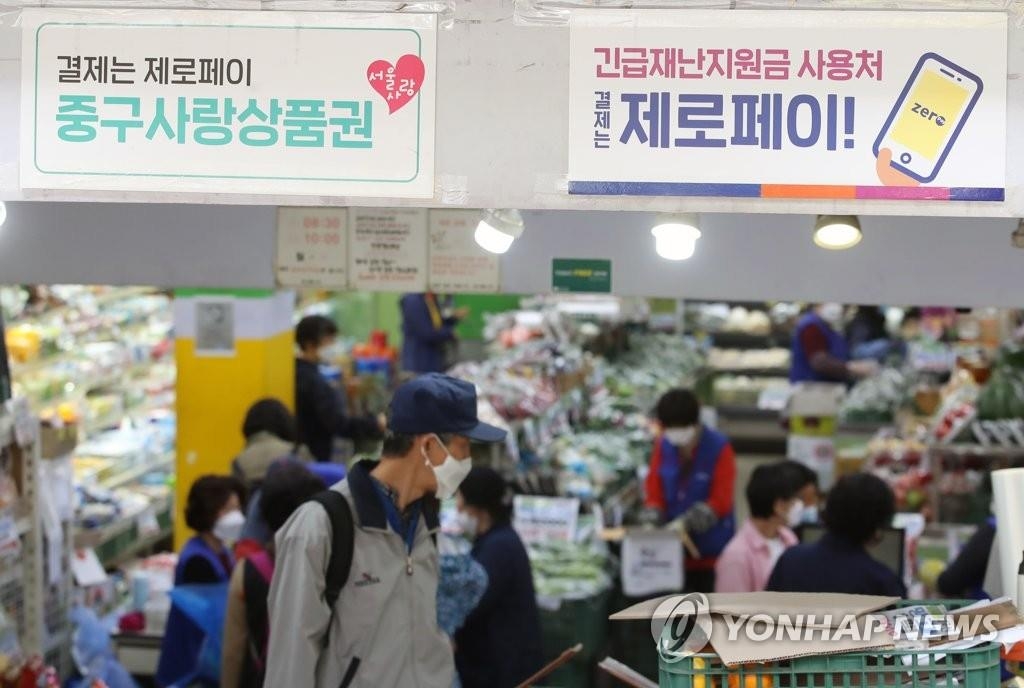 Households failing to apply for the emergency relief funds by Aug. 18 will be regarded as donors to the state. Recipients must spend the money by Aug. 31 or it will also be deemed a donation.

Since early May, the country's credit card spending has surged thanks in part to the relief handouts.

For the fourth week of May, the total spending by credit cards amounted to 19.1 trillion won, up 26.7 percent from the same period last year.

Spending in traditional outdoor markets jumped to 324 billion won, up 20 percent from the first week of May. Optical stores saw the biggest jump in sales, with 66.2 percent, followed by hospitals and pharmacies with 63.8 percent, cram schools with 37.9 percent, gyms and hair salons with 29.4 percent and furniture shops with 27.8 percent.

The ministry will "campaign for active spending and closely monitor the economic situation to make sure that the emergency relief funds are all used up to help the people's livelihoods and the local economy," Yoon Jong-in, vice minister at the ministry, said.