SEOUL, June 11 (Yonhap) -- South Korea's exports and imports will likely outperform those of major economies this year but face a slump due to sluggish demand in major economies caused by the new coronavirus pandemic, the country's central bank said Thursday.

"Global demand for imports is expected to greatly drop this year due to the stronger-than-anticipated impact of the COVID-19 pandemic," the Bank of Korea (BOK) said in a report submitted to the National Assembly.

"However, when considering better-than-expected performance in the first quarter, a recent rise in global demand for semiconductors and anticipated recovery of China's economy in the second half, our country's exports are expected to show better movements than global trade," it said. 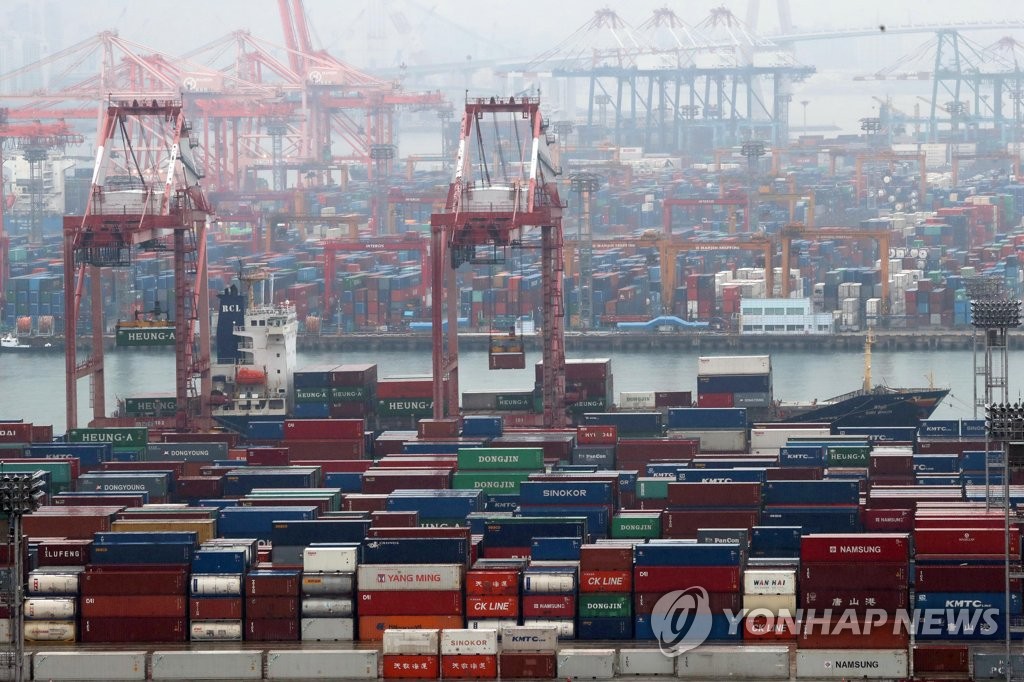 South Korea's exports had dropped for 14 consecutive months since December 2018 before rebounding 4.5 percent on-year in February.

Outbound shipments began to nose-dive after the new coronavirus outbreak was declared a pandemic in March, plunging 24.3 percent on-year in April and 23.7 percent in May.

The BOK said the global economy, along with global demand for imports, is expected to rebound in the second half, but that uncertainties surrounding the path to recovery still remain very high.

"The global economy is expected to show signs of improvement in the second half, but uncertainties regarding the time and rate of its recovery continue to remain very high," it said.

In its latest growth outlook last month, the BOK forecast the South Korean economy to shrink 0.2 percent on-year in 2020, sharply down from a 2.1 percent growth projected three months earlier.

In that same report, however, the South Korean central bank said the local economy may still grow 0.5 percent on-year should its local and external conditions improve faster than anticipated, but contract by as much as 1.6 percent should the economic conditions head the opposite way due to the pandemic.

"There is a need to closely monitor the spread of the contagious disease and the effect of our countermeasures since the course of the economy may be greatly altered in the future, depending on the scope of the pandemic and countermeasures of each country," it said in its report to the National Assembly.

Thursday's report is the first of two the South Korean central bank is required to produce each year on its monetary policy decisions that are aimed at supporting the economy while keeping inflation growing at a target rate. 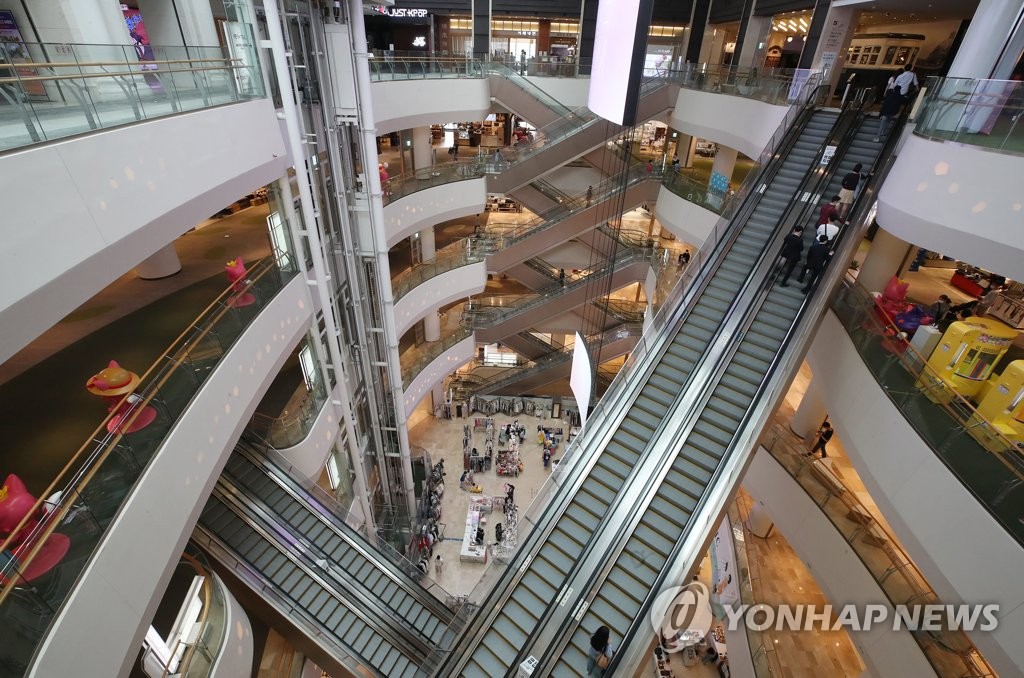 South Korea's inflation has long fell short of its 2 percent target but began to further slow in the face of the new coronavirus outbreak, dipping 0.3 percent on-year in May.

The BOK blamed low global oil prices and slow demand at home and abroad for the recent drop in consumer prices.

"The upward pressure from the demand side weakened due to a rise in uncertainties and people avoiding face-to-face contact amid the social distancing campaign, while a drop in global oil prices also put downward pressure on prices," it said.

The BOK insisted the country's consumer prices may have dropped, ironically, because of its successful containment of the new coronavirus, noting many of the countries that had put economic lockdowns in place saw their commodity prices stay up or even grow due to a shortage of supplies caused by lockdowns.

"In case of South Korea where no lockdown was ever introduced, the price increase of daily necessities remained weak, while government policies, such as an expansion of free education to include all high school students and a reduction in the consumption tax, put further downward pressure on prices," it said.

South Korea has so far reported some 11,900 COVID-19 infection cases, nearly five months after it confirmed its first case on Jan. 20 and testing more than 1 million people for the infectious disease.

The BOK has delivered two policy rate cuts, including its first emergency rate cut in over a decade, to send the key rate to a record low of 0.5 percent.