WASHINGTON, June 10 (Yonhap) -- The United States has made clear to North Korea that an improvement in human rights conditions, including religious freedom, will be required for a full normalization of bilateral ties, a State Department report said Wednesday.

According to the annual International Religious Freedom Report, the North Korean government continued to deny its people the right to religious freedom and committed violations that constituted crimes against humanity.

The report covered the period between Jan. 1 and Dec. 31, 2019, and mostly summarized observations made by nongovernmental organizations and news media.

"There were reports the government continued to deal severely with those who engaged in almost any religious practices through executions, torture, beatings, and arrests," it said. "The country's inaccessibility and lack of timely information continued to make arrests and punishments difficult to verify."

But in meetings with North Korean officials, the report said, the United States pressed the regime to improve its human rights record. 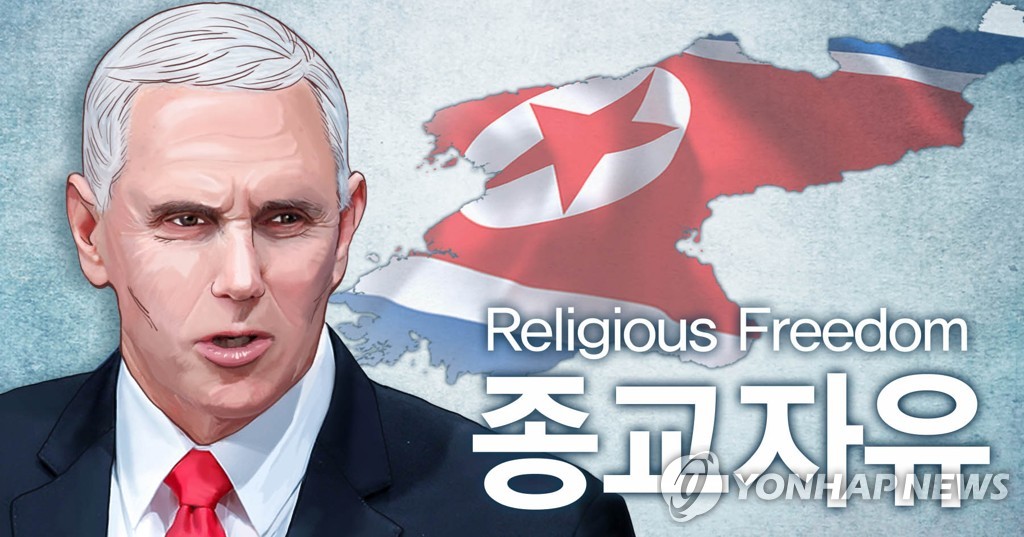 "The U.S. government does not have diplomatic relations with the DPRK and has no official presence in the country," it said, referring to North Korea by its official name, the Democratic People's Republic of Korea.

"In February (U.S. President Donald Trump) and Chairman Kim (Jong-un) held a second summit in Vietnam, and they held another meeting in the Korean Demilitarized Zone in June. In engagements with DPRK officials, the U.S. government consistently made clear full normalization of relations will require addressing human rights, including religious freedom," it said.

The report also referred to U.S. Vice President Mike Pence's comment during the Ministerial to Advance Religious Freedom held in Washington in July.

Pence said: "(T)he United States will continue to stand for the freedom of religion of all people of all faiths on the Korean Peninsula."

The U.S. has consistently raised concerns about religious freedom in North Korea, including at multilateral fora and in bilateral talks with other governments, particularly those with diplomatic relations with Pyongyang, the report said.

"This included an October meeting in Brussels of like-minded countries to coordinate actions and discuss the DPRK's human rights record," the department said. "The United States made clear that addressing human rights, including religious freedom, would significantly improve prospects for closer ties between the two countries."

Since 2001, the U.S. has designated North Korea as a Country of Particular Concern for particularly severe violations of religious freedom.

Secretary of State Mike Pompeo renewed the designation and accompanying sanction in December.