The move came after the government has pushed to create 550,000 jobs in the public sector as the nation's job market remained grim due to falling exports and consumption.

The government will encourage private firms to open 50,000 jobs for young people in July, and smaller firms will be given benefits for job creation, Hong said.

To reinvigorate corporate investment, the government will swiftly implement a 100 trillion-won (US$83.9 billion) spending plan for infrastructure, Hong said. 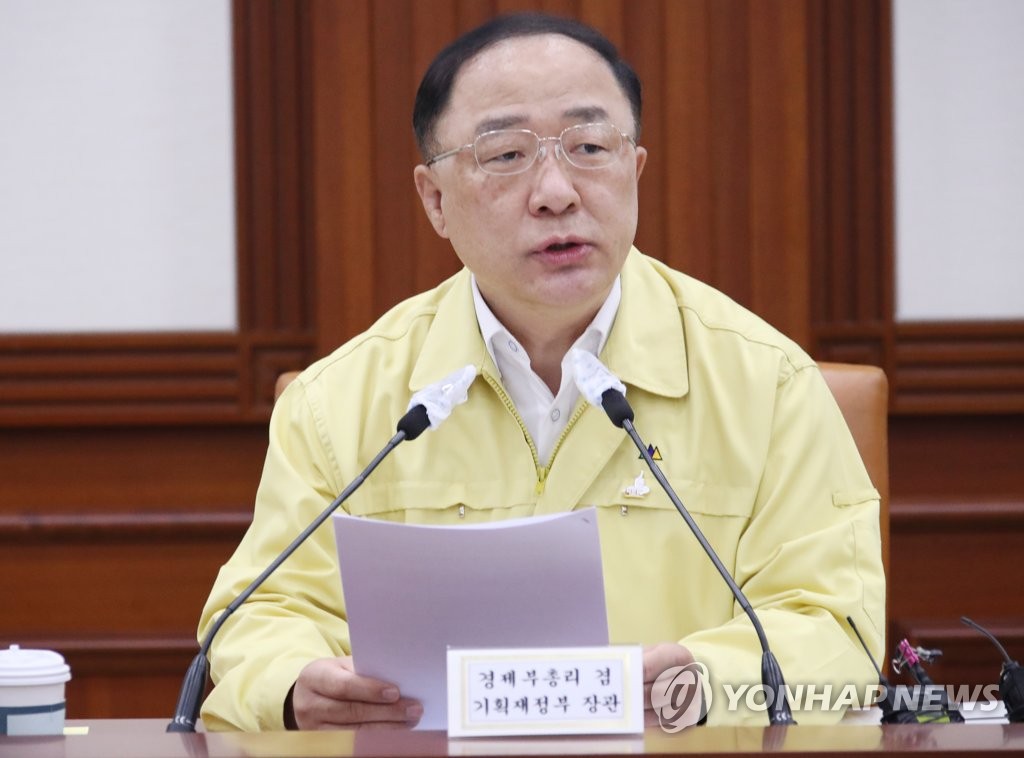 The nation's jobless rate surged to a 10-year high in May as the coronavirus pandemic hammered job markets. The number of employed people fell by 392,000 to 26.93 million in May, marking the third consecutive monthly decline.

In a sign of hope for job markets, the pace of job losses eased in May. South Korea lost about 467,000 jobs in April, marking the sharpest monthly decline in more than 21 years.

Citing the May data, Hong said the employment situation showed signs of a slight recovery.

To help the Korean economy rebound at a faster pace, the government will encourage private firms to invest 5.8 trillion won this year, Hong said.

The government will spend 5.2 trillion won on privately funded infrastructure projects by the end of this year, Hong said.

Loans to promising startups will be increased to 2.1 trillion won, as the nation steps up efforts for transformation into a digital-based economy.

To prop up companies, the government will launch a special program to buy assets from financially shaky firms, Hong said.

The Organization for Economic Cooperation and Development (OECD) has predicted that South Korea's economy will shrink 1.2 percent this year, as the global economy is expected to have its worst year since the Great Depression of the 1930s due to the pandemic.