SEJONG, June 11 (Yonhap) -- South Korea's exports soared in the first 10 days of June from a year earlier, mainly due to a calendar effect but raised hopes for a recovery in global trade as more nations eased coronavirus lockdown measures.

The country's outbound shipments jumped 20.2 percent to US$12.3 billion in the June 1-10 period from the same period last year, according to the data from the Korea Customs Service.

The daily average exports during the 10-day period, however, fell 9.8 percent on-year. Compared with the same period last year, there were two more working days this year.

In comparison, the daily average exports during the May 1-10 period slipped 30.2 percent on year.

The data came amid growing concerns that the coronavirus pandemic is increasingly denting South Korea's exports. 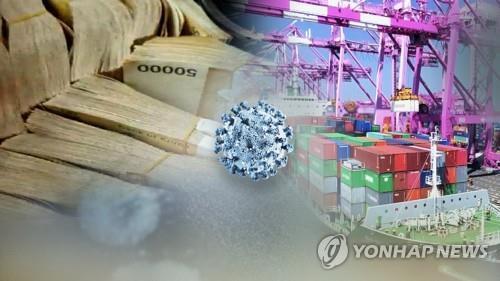 By segment, exports of memory chips, a key item, soared 22.6 percent, and those of wireless equipment jumped 35.8 percent over the 10-day period from a year earlier.

By country, shipments to China jumped 35.7 percent on-year, while shipments to the United States rose 15.1 percent.

South Korea's imports in the 10-day period rose 8.5 percent on year to $13.6 billion, according to the data.

Exports dropped for the third consecutive month in May due to the growing economic fallout from the pandemic.