Foreigners net sold US$1.17 billion worth of local securities in May, marking a turnaround from a net purchase of $1.5 billion in April, according to the data from the Bank of Korea (BOK).

Offshore investors began their selling spree shortly after South Korea reported its first confirmed case of COVID-19 on Jan. 20, dumping a net $2.35 billion in February and $7.37 billion the following month. 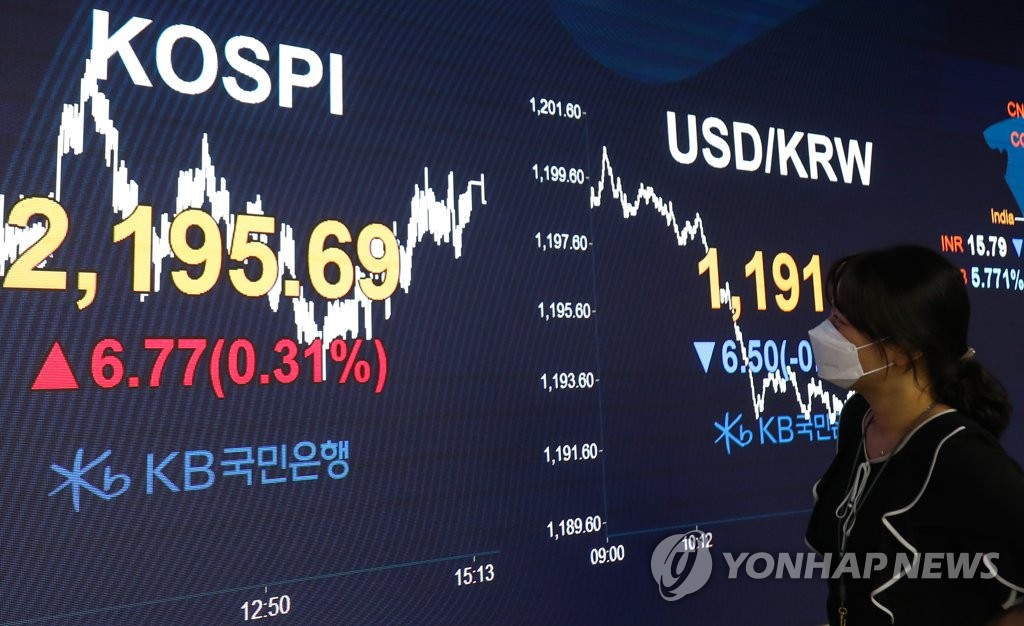 Their stock sell-off apparently accelerated after the South Korean central bank delivered its first emergency rate reduction in March, slashing the key rate by half a percentage point to a then record low of 0.75 percent.

The BOK again trimmed the policy rate by a quarter percentage point to a new record low of 0.5 percent last month, citing the need to further insulate the local economy from the fallout of the COVID-19 pandemic.

In May, foreign investors continued to net sell South Korean stocks for a fourth consecutive month, offloading a net $3.27 billion.

The amount still marks a drop from their net selling of $4.32 billion in April and $11.04 billion the month before.

"The amount of foreign funds exiting the stock market narrowed last month on the resumption of economic activities in major countries," the BOK said.

South Korea is considered an exemplary case in dealing with the new coronavirus, with fewer than 12,000 confirmed infection cases from over 1 million people tested.

Its exports, however, have suffered huge setbacks, apparently due to high infection numbers in other countries that pushed down their demand for imports.

Still, foreign investors purchased a net $2.1 billion worth of local bonds in May, extending their buying streak to a fifth consecutive month and possibly reflecting their continued faith in South Korea's economic fundamentals.

The volatility in the foreign exchange market narrowed from a month earlier in May.

The daily average range of fluctuation in the won-dollar exchange rate came to 4.4 won last month, down from 5.6 won in April.

The daily FX turnover between local banks came to $26.07 billion in May, up from $24.24 billion a month earlier.