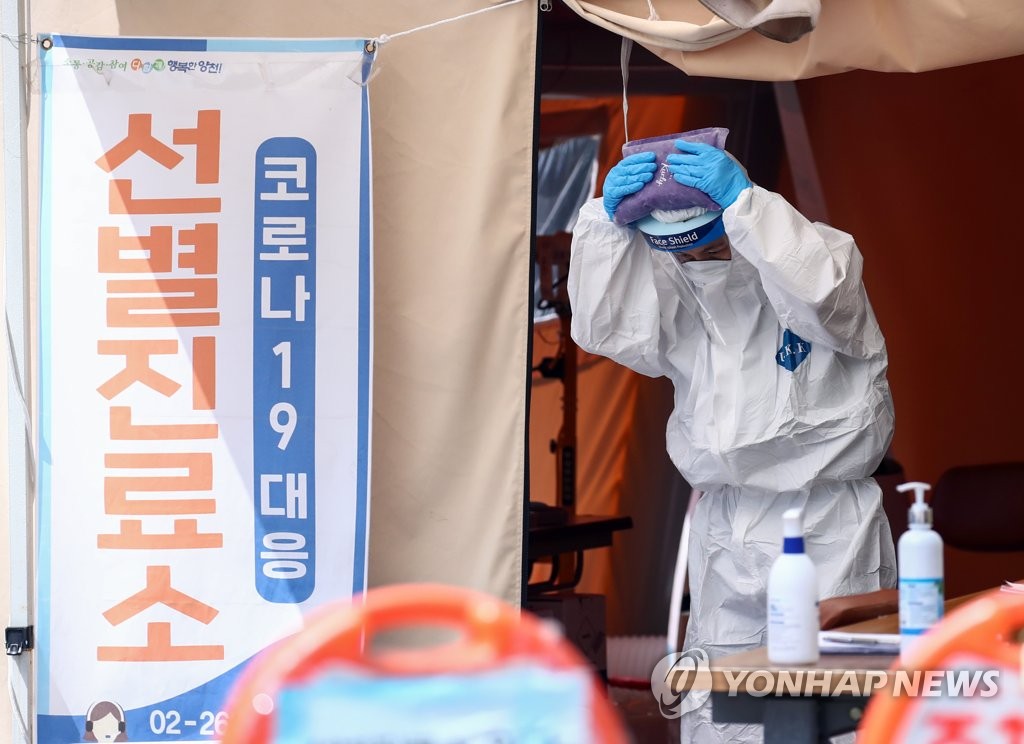 Cases traced to a warehouse run by e-commerce leader Coupang in Bucheon, just west of Seoul, reached 146, up two from the previous day. Those linked to small churches in the metropolitan area also increased by two to reach 94.

COVID-19 cases linked to a table tennis gym in southwestern Seoul came in at 60 on Thursday, according to the KCDC.

A parcel delivery man who works at a distribution center of CJ Logistics Corp. in western Seoul also tested positive Thursday, although this was not included in the official daily tally. Health authorities are carrying out tests on some 250 workers at the center.

The metropolitan area accounted for a whopping 97 percent of the new locally transmitted cases reported this month.

"As the virus is spreading quickly, there is a limit in containing the spread just by tracking people who have made contact with COVID-19 patients," Yoon Tae-ho, a senior health official, said in a daily briefing. "Thus, all people must follow sanitary guidelines to slow the expansion."

The country has carried out 1,066,888 COVID-19 tests since Jan. 3. The figure translates to roughly 1 out of every 50 South Koreans receiving COVID-19 tests.