According to sources, the owner of Central Multi Broadcasting (CMB) Co., the nation's fourth largest cable TV firm, recently decided to sell the company. The country's No. 3 cable TV operator, D'Live Co., and No. 5 player, Hyundai HCN Co., have also been put up for sale. 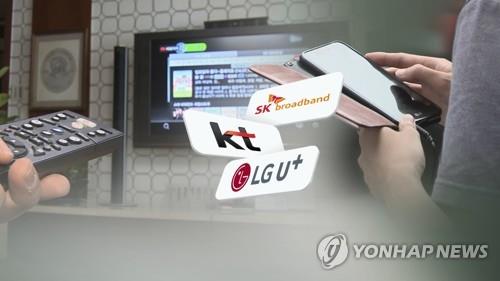 Including shares of its affiliates, KT was the leader in the pay TV market with 31.52 percent as of end-2019, followed by LG Uplus with 24.91 percent and SK Telecom with 24.17 percent, according to data from the country's ICT ministry.

But depending on the sales of the three cable TV firms, the pay TV market rankings could change.

The three major telecom firms have all reportedly submitted initial bids to acquire Hyundai HCN last month and are currently conducting due diligence.

As of last year, IPTV users accounted more than half of the pay TV subscribers in the country.