SEOUL, June 11 (Yonhap) -- A national commission is set to launch negotiations Thursday to decide the legal minimum wage for next year amid the continuing economic fallout from the pandemic.

The Minimum Wage Commission is scheduled to host a plenary meeting in Sejong, an administrative town south of Seoul, setting out to fix the yearly revised minimum wage for 2021.

President Moon Jae-in had vowed in his campaign pledge to hike the minimum wage up to 10,000 won by mid-2020, but he apologized last year after the 2020 minimum wage was set at the 8,000-won level.

This year's negotiations, which bring together representatives from the business and labor sides, as well as the government, is expected to be unusually turbulent due to the ongoing economic difficulties stemming from the COVID-19 pandemic.

The business side considers it difficult to raise the minimum wage further, as the pandemic-driven economic crisis has eaten into companies' financial power to pay wages to employees.

The labor side, however, is adamant that a certain level of hike is necessary when households in the lower income bracket have been hit hard by the economic fallout from the pandemic.

The 27-member commission is made up of nine representatives from each of the three sides -- employees, employers and those who represent social interests.

Four of the labor side members, however, said they will not join the upcoming meeting in protest against the commission's "unilateral" convening of the meeting, a sign that this year's talks may take a longer time to come to an agreement.

The legal deadline for setting the 2021 minimum wage is the end of June, but the negotiations are highly likely to continue into next month. 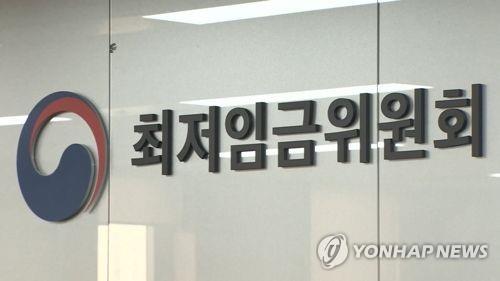