SEOUL, June 11 (Yonhap) -- The LG Twins played the very first doubleheader of the 2020 South Korean baseball season last month. But manager Ryu Joong-il isn't sure how that experience will help his players as they gear up for the season's second doubleheader later Thursday.

"I honestly don't know. Let's see what happens," Ryu said in his pregame media availability at Jamsil Baseball Stadium in Seoul, before taking on the SK Wyverns in the Korea Baseball Organization (KBO) twin bill. "We have to try to win the first game, and then go from there." 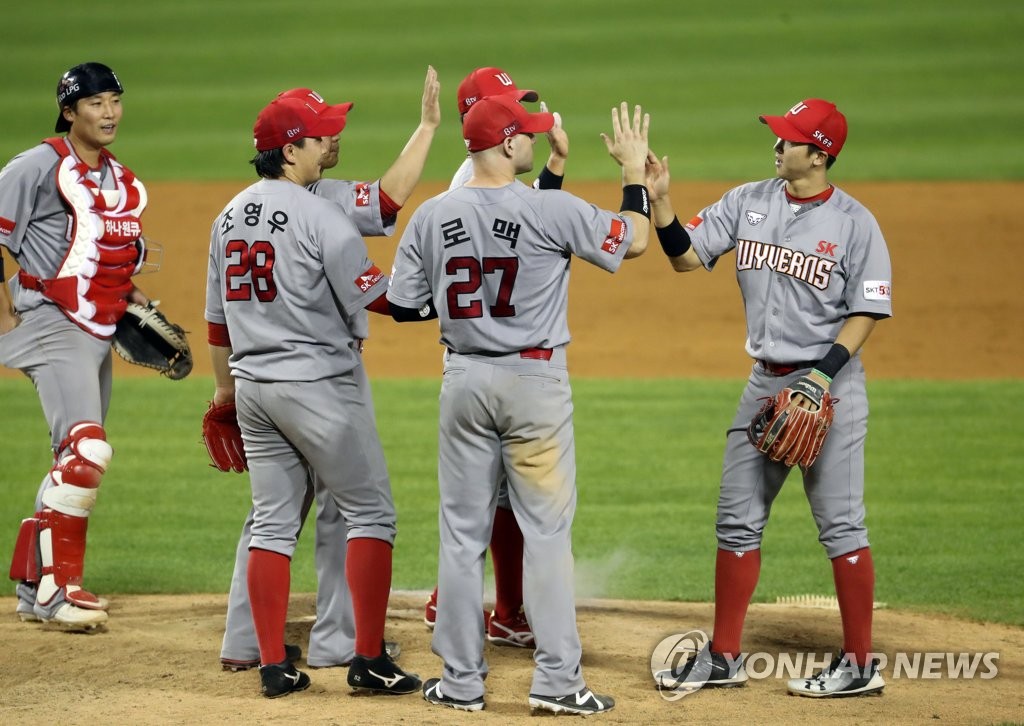 The second game of these teams' three-game series was rained out on Wednesday. In an ordinary season, they would have played just one game on Thursday and then played a makeup game in September.

But with the start of the season pushed back by more than a month due to the coronavirus pandemic, this is far from a typical season. The KBO is trying to squeeze the usual 144 games into a compressed schedule, and doubleheaders and games on Monday, usually the designated off day in the KBO, will be the new norm.

The KBO allows clubs to add an extra player to their active rosters for doubleheaders. Also, there will be no extra innings in doubleheaders, both the first and second games, even if the score is tied after nine innings.

Ryu stressed that it was imperative for the first game's starter, Lee Min-ho, to go deep and save his bullpen. When the Twins beat the Kiwoom Heroes in both of the doubleheaders on May 16, they got six innings out of starter Casey Kelly in the first game, and three relievers pitched one inning apiece.

Lee, an 18-year-old rookie out of high school, will make his third career start. He threw a career-high seven innings in his previous start on June 2.

SK manager Youm Kyoung-youb, also trying to take the first game, made a slight rotation change. Left-hander Kim Tae-hoon had been slated to start Wednesday, and he will now pitch the second game of the twin bill Thursday.

Ricardo Pinto got the nod for the opener.

"Pinto has been pitching better of late, and I felt he'd give us the better chance of winning the first game," Youm said in his pregame presser.

Pinto has gone at least six innings in each of his last three starts, lowering his ERA from 6.23 to 4.15 over that span. He has held opponents to five earned runs over his past 19 innings.

On the other hand, Kim was roughed up for seven earned runs in 3 1/3 innings against the NC Dinos in his last outing last Thursday.

KBO managers highlight importance of 1st game ahead of doubleheader

KBO managers highlight importance of 1st game ahead of doubleheader