SEOUL, June 11 (Yonhap) -- The foreign ministry decided Thursday not to disclose what was discussed during meetings between ministry officials and a leading activist for wartime sexual slavery victims in the lead-up to South Korea's controversial 2015 deal with Japan on the issue.

Last month, a lawyers' group asked the ministry to disclose the records of meetings with the activist, Yoon Mee-hyang, who is now a ruling party lawmaker, amid suspicions that Yoon did not share with sexual slavery victims what she was briefed by ministry officials about the 2015 deal.

Under the deal, Japan apologized for the sexual slavery and agreed to provide 1 billion yen (US$9.34 million) to support victims. But the agreement faced sharp criticism that the government of then-President Park Geun-hye reached it without approval from the victims.

The ministry said Thursday it informed the lawyers' group of the nondisclosure decision.

"We have made the decision after careful deliberation based on the related law," the ministry said.

The ministry cited the law pertaining to disclosure of information by public institutions that stipulates requested information can be kept undisclosed if the information is related to "national security, national defense, unification and diplomatic relations" that could potentially "undermine national interests" if it is made public.

Historians say that around 200,000 Asian women, mostly Koreans, were forcibly sent to front-line brothels to provide sex services for Japanese soldiers during World War II, when Korea was under Japan's colonial rule.

There are 17 surviving victims in South Korea. 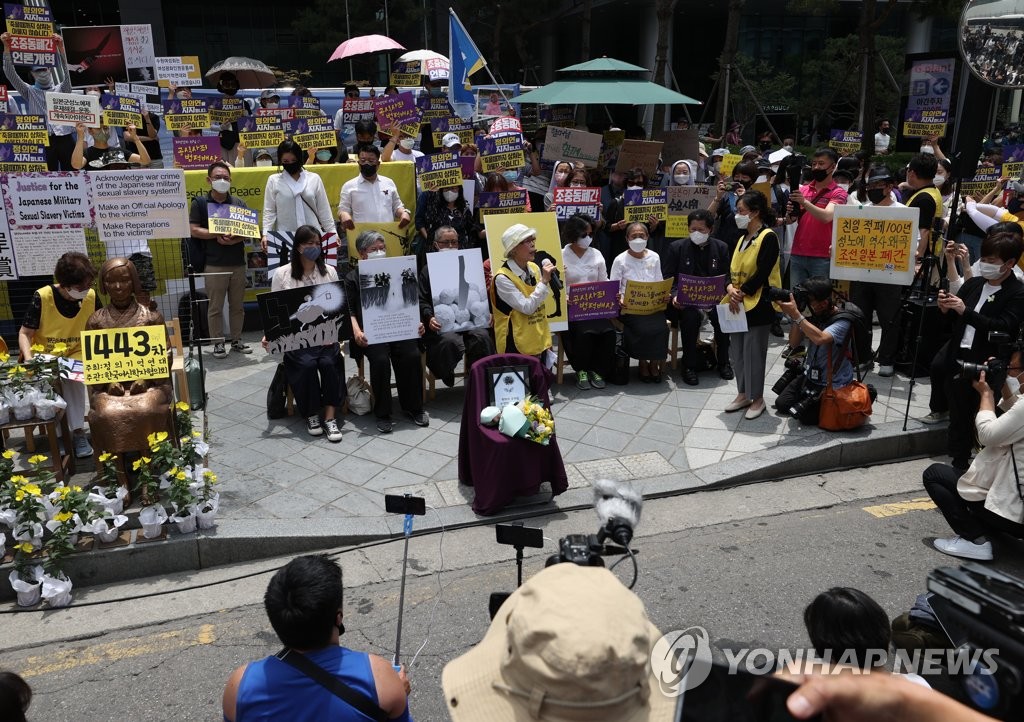