During his visit to the Army's Second Operations Command in the southeastern city of Daegu, the defense chief ordered the military to "intensively" carry out a series of measures to prevent similar incidents from recurring.

Last month, eight Chinese arrived in the western coastal city of Taean undetected on a 1.5-ton leisure boat and fled. The military and the Coast Guard were unaware of the incident until civilians reported the boat, which was left unattended for days.

After an investigation, the military said soldiers in charge of monitoring failed to detect the boat though the military radar captured it six times.

Their arrival was also captured by coastal CCTVs and thermal observation devices, but troops failed to report the case, thinking that it was an ordinary boat used by civilians for leisure.

Following the incidents, the military decided to upgrade surveillance equipment in the coastal regions, improve capacity of troops monitoring such equipment and strengthen cooperation with other related agencies, including the Coast Guard.

"Due to various reasons, such as the COVID-19 situation, the methods of illegal entry have been changing recently," Jeong said, urging troops to be aware of the seriousness of the situation. 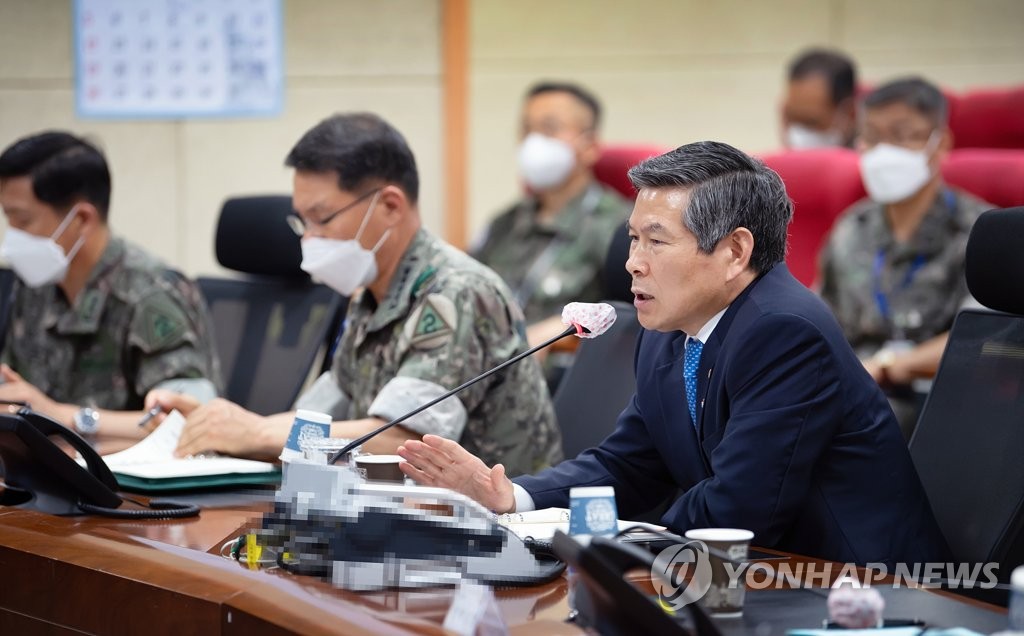