The NSC's standing committee session opened at 3 p.m., presided over by Chung Eui-yong, director of national security at the presidential office, according to a Cheong Wa Dae official, who spoke to reporters.

Asked about Cheong Wa Dae's position on Pyongyang's renewed brinkmanship over the cross-border spread of propaganda leaflets by some activists here, the official asked media to wait for the end of the NSC session. He said a press statement would be released.

It's quite unusual for Cheong Wa Dae to make public the list of attendees at an NSC meeting.

Earlier this week, the North announced it would cut all inter-Korean communication lines, including the purported hotline between Moon and its leader Kim Jong-un, and treat the South as an enemy. 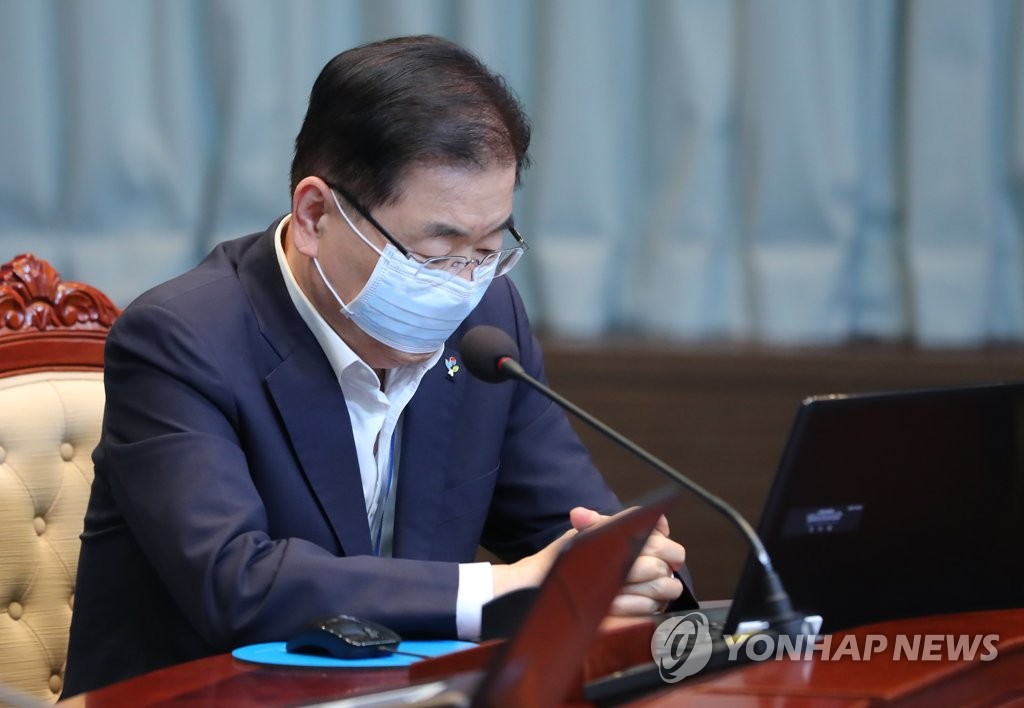