SEOUL, June 12 (Yonhap) -- The South Korean economy may have been stabilized quicker and better than earlier anticipated in the face of the new coronavirus pandemic, but uncertainties surrounding its path to recovery remain very high, the head of South Korea's central bank said Friday, vowing all-out efforts to support the economy.

"Now the entire world is facing an unprecedented health crisis. Many countries are facing unprecedented economic slowdowns due to lockdowns and social distancing," Bank of Korea (BOK) Gov. Lee Ju-yeol said in a broadcast message marking the 70th anniversary of the foundation of the South Korean central bank. 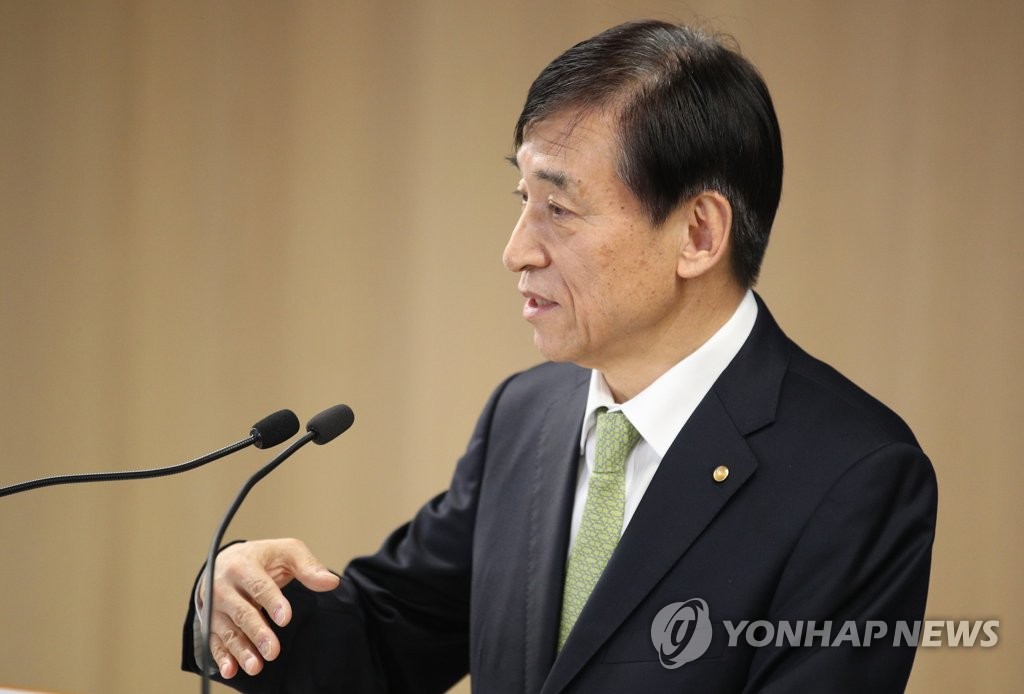 "Fortunately, uncertainties in our financial market are becoming stabilized on active steps by the government and the Bank of Korea. However, there may be many obstacles before the country completely overcomes the economic crisis prompted by the COVID-19 pandemic," he added.

Lee's remarks came about two weeks after the central bank revised down its 2020 growth outlook, projecting Asia's fourth-largest economy to shrink 0.2 percent from a year earlier, compared with a 2.1 percent growth forecast in February.

"The timing and speed of our economic recovery will largely be determined by the future course of the pandemic," Lee said in his speech.

In its latest growth estimate, published May 28, the central bank noted the country's economy may still post positive growth of up to 0.5 percent on-year if the global peak of the pandemic is reached before the end of June and South Korea does not see any major second wave of infections.

It, however, also noted the Korean economy may contract by up to 1.8 percent should the peak be delayed and South Korea is hit by a second wave of the outbreak.

"First, the BOK must meet all its requirements as a central bank to help overcome the crisis. Its monetary policy will need to be operated with an easing stance until our economy overcomes the virus-caused crisis and shows signs of recovery," the top central banker said.

"It will also have to adequately use other policy means when necessary to ensure financial market stability and maintain credit flows," he added.

The BOK has delivered two rounds of rate cuts since the country reported its first confirmed case of COVID-19 on Jan. 20, sending the policy rate to a new record low of 0.50 percent.

It has also injected over US$20 billion in U.S. dollars, using its newly forged bilateral currency swap arrangement with the U.S. Fed, worth $60 billion.

"Our economy is now facing a very serious condition. Nonetheless, we all must have a clear sense of duty," said Lee.

"We must do our best in our own place so that decisions we make today will be viewed successful in supporting the fight against the crisis and preparing for the post-coronavirus era," he said.