BUSAN, June 11 (Yonhap) -- Another day at the ballpark, another loss for the Hanwha Eagles.

The Eagles were shut out by the Lotte Giants 5-0 for their 17th straight loss on Thursday at Sajik Stadium in Busan, 450 kilometers southeast of Seoul, inching toward a dubious piece of Korea Baseball Organization (KBO) history.

The Eagles are now tied with the defunct club Ssangbangwool Raiders for the second-longest losing streak in the KBO. The Raiders also dropped 17 straight in 1999.

Only the Sammi Superstars, who lost 18 in a row in 1985 before folding their operations that same year, stand above the Eagles. 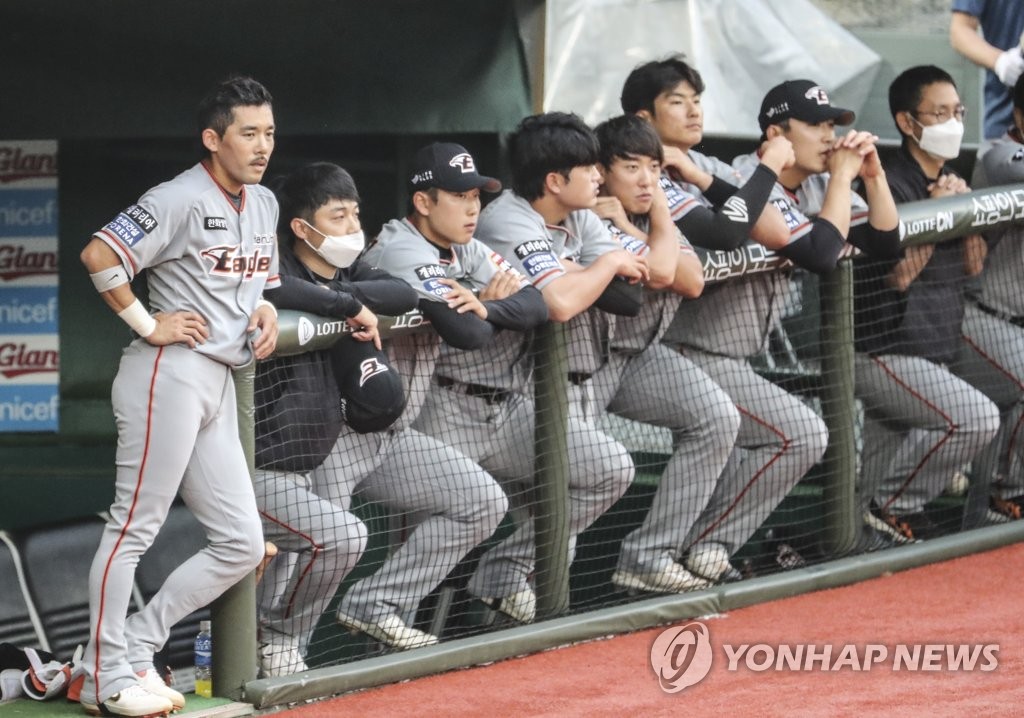 The Eagles will try to end the slide against the Doosan Bears at home in Daejeon, 160 kilometers south of Seoul, at 6:30 p.m. Friday.

In the top first, a single and two walks loaded the bases with one out for the Eagles, but Choi In-ho struck out and Roh Si-hwan grounded out to short.

The Eagles then gave up two runs in the bottom first, with An Chi-hong's double and Oh Yoon-suk's single.

The Eagles had another golden opportunity to get on the board in the top second, loading the bases with one out after a single, a hit-by-pitch and a walk. 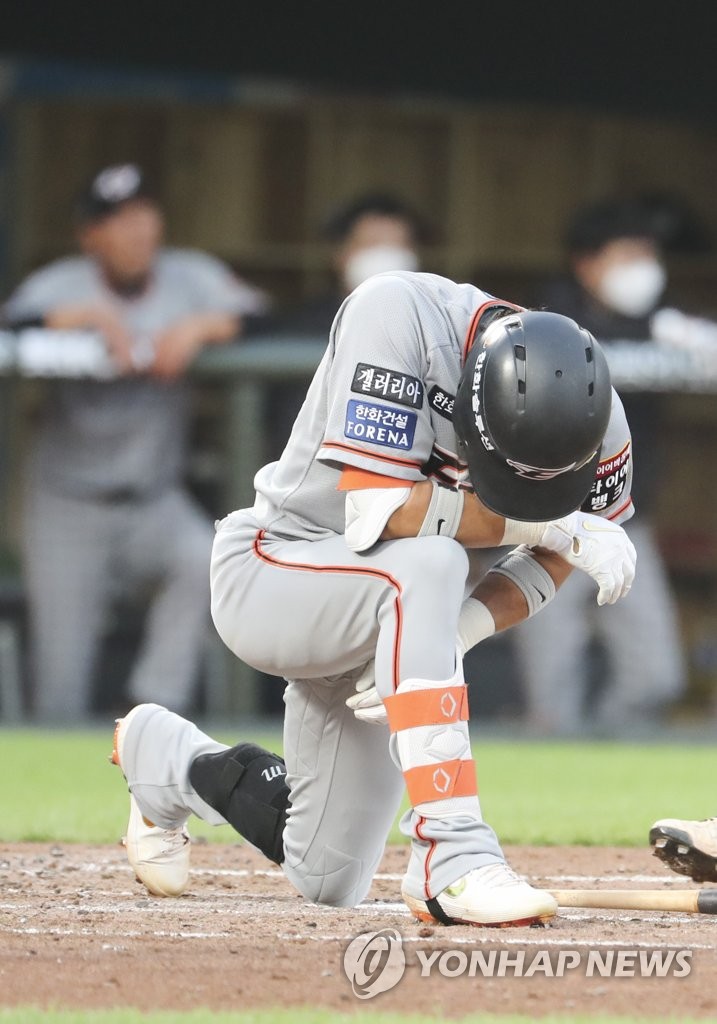 They came up empty-handed again. Jung Jin-ho hit a chopper back to the mound, and pitcher Seo Jun-won got the force out at home. The next batter, Lee Yong-kyu, got into a nine-pitch battle but eventually popped out to first.

The Eagles loaded the bases again with one out in the fourth inning, but Jung grounded into a momentum-killing, 3-2-3 double play.

After the force at home, the throw by Lotte catcher Ji Seong-jun hit Jung. But Jung was ruled out for running outside the three-foot line and inside the foul line, thus interfering with first baseman Lee Dae-ho taking the throw.

Dixon Machado's sacrifice fly in the fourth gave the Giants a 3-0 lead.

Ji drew a bases-loaded walk in the fifth for a 4-0 advantage for the Giants, and Son Ah-seop's fielder's choice grounder brought in another run to round out the scoring. 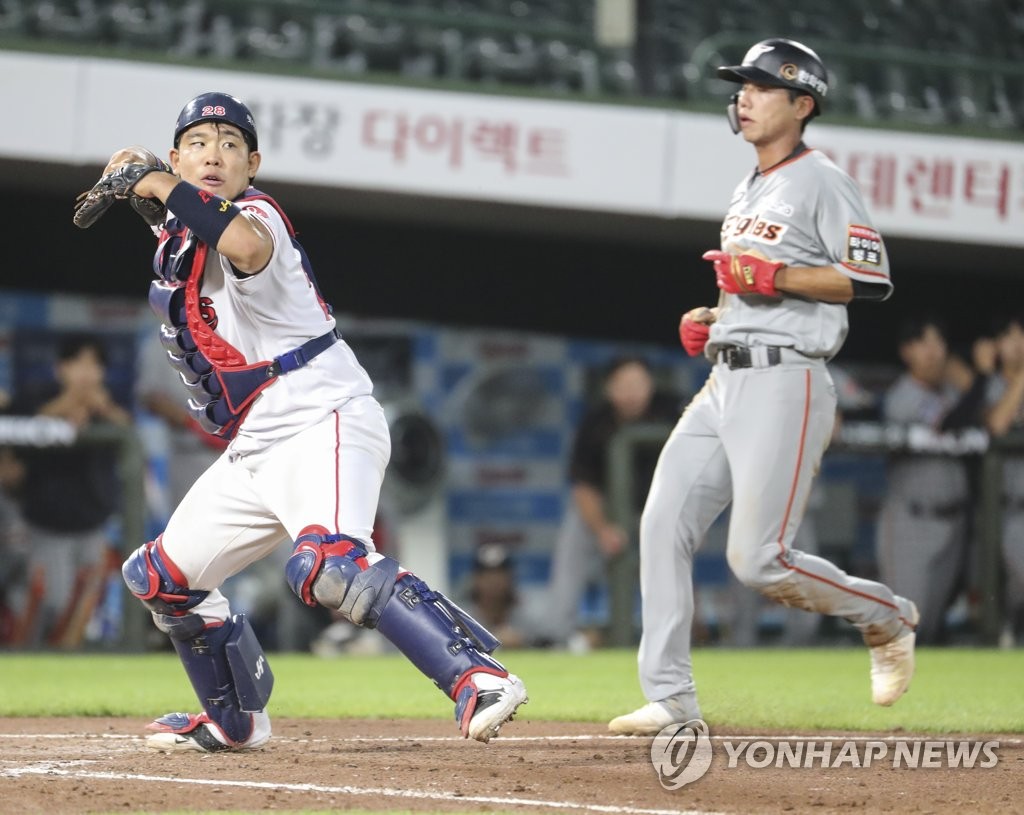