WASHINGTON, June 11 (Yonhap) -- The United States remains committed to implementing the Singapore summit agreement reached between U.S. President Donald Trump and North Korean leader Kim Jong-un, and is willing to take a flexible approach, the State Department said Thursday ahead of the second anniversary of the historic meeting.

Trump and Kim met in Singapore on June 12, 2018, to negotiate the dismantlement of North Korea's nuclear weapons program in exchange for sanctions relief and other concessions.

At the end of the meeting, the first between sitting leaders of the two countries, Trump and Kim produced a joint statement committing the North to "work toward complete denuclearization of the Korean Peninsula" in return for U.S. security guarantees.

Despite two additional meetings between the leaders, negotiations to implement the agreement have ground to a halt due to wide differences over the scope of North Korea's denuclearization and U.S. sanctions relief, as well as the sequencing of their steps. 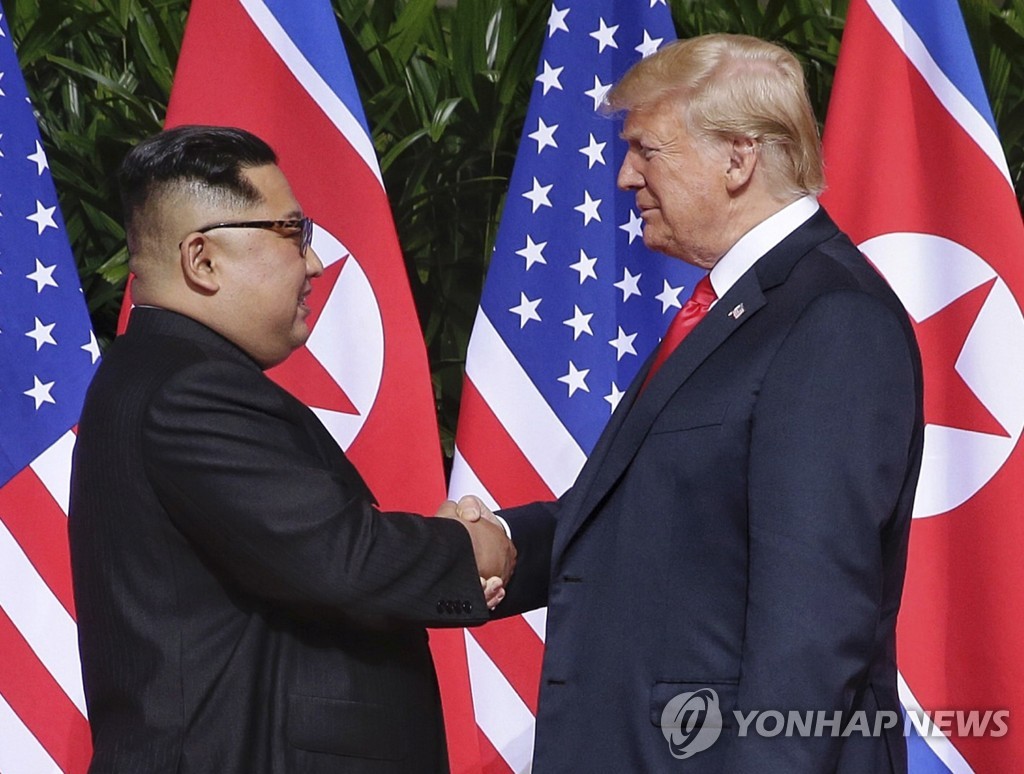 "The United States is committed to engaging the DPRK in meaningful negotiations so that North Koreans can realize a brighter future," a State Department spokesperson told Yonhap News Agency, referring to North Korea by its official name, the Democratic People's Republic of Korea.

The anniversary comes amid renewed tensions between South and North Korea over the flying of anti-Pyongyang leaflets by defectors into the North.

On Tuesday, the communist country vowed to cut off all inter-Korean communication lines and refused to answer Seoul's phone calls.

The State Department said it was "disappointed" by Pyongyang's actions and urged the regime to return to diplomacy and cooperation.

A North Korean foreign ministry official responded Thursday that Washington should stay out of inter-Korean affairs.

"(The U.S.) could face unbearable bad things if it uselessly interferes in North-South issues, not thinking about its own domestic matters in times of messier situations like never before," Kwon Jong-gun, director general of the North Korean foreign ministry's American affairs department, warned in an interview with the Korean Central News Agency.

"If the U.S. does not want to face terrible things, it should shut its mouth up and work on bringing its house in order first," he added.