Christopher Hill, former assistant secretary of state for East Asian and Pacific affairs, made the case in an opinion piece for The Hill ahead of the second anniversary of the June 12 Singapore summit between Trump and North Korean leader Kim Jong-un.

Hill, who also served as U.S. ambassador to South Korea and chief envoy to the six-party nuclear talks with the North, said Pyongyang's recent actions to cut off all communication with Seoul belie a familiar goal: to delegitimize the South Korean government and reassure the North Korean people of their superiority in relation to the South. 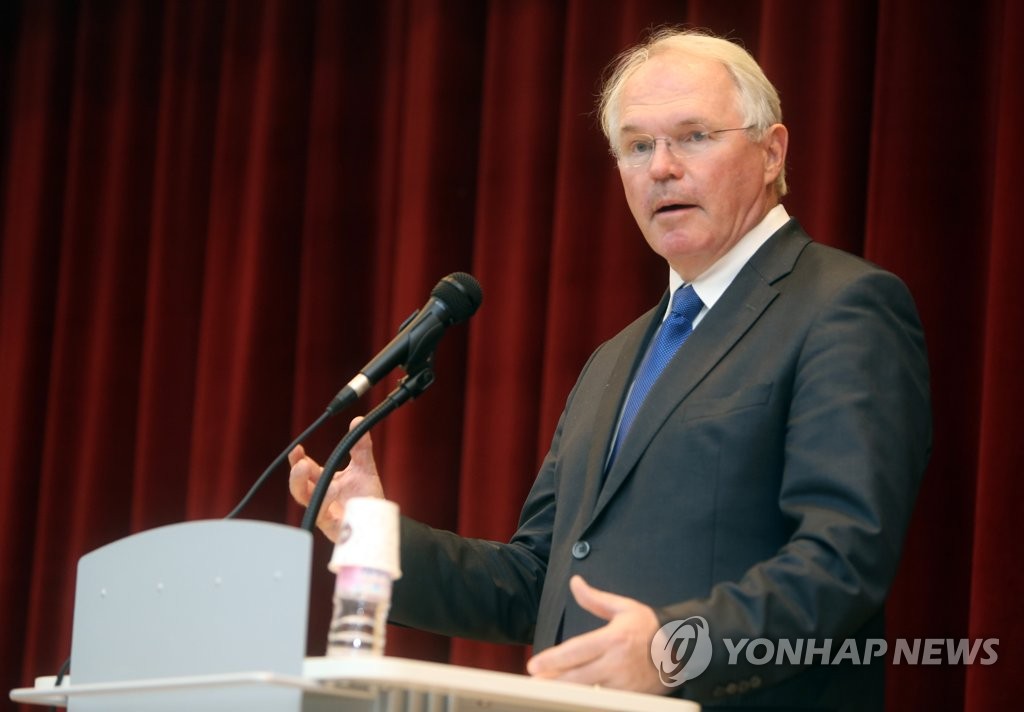 "However, given the twists and turns of the Trump administration, its whiplash-like pronouncements of how it conducts relations with friend and foe alike," he added, "this latest gambit by Pyongyang represents another time-honored effort: to test how solid is the relationship between Washington and Seoul."

Hill expressed concern that the result may be different this time, given what he described as Trump's lack of interest in the actual outcome of nuclear talks with Pyongyang.

"The Singapore meeting of two years ago never created the promised momentum for peace, primarily because it was clear in its aftermath, as well in its lead-up, that this was little more than an effort to enshrine the U.S. president as a courageous and imaginative world statesman, willing to set sail into uncharted waters in pursuit of an elusive goal that none of his predecessors had achieved," Hill wrote.

He also pointed to Trump's apparent attempts to downplay South Korea's success in handling the coronavirus pandemic and his continued demands for a significant increase in Seoul's payments for the upkeep of American troops stationed in the country.

"The unspoken threat is that the U.S. might start withdrawing troops from the peninsula if South Korea does not ante up the support payments," Hill said, noting that the April furloughing of South Korean workers on U.S. bases could have been a sign of possible additional measures.

"When North Korea tries to bully the South Koreans, the traditional response from the U.S. has been to support Seoul and show the importance it attaches to the alliance," he wrote, adding that the State Department's expression of "disappointment" at Pyongyang's recent actions was a limited demonstration of that.

"But, while no one wants an overreaction from Washington," he continued, "the Trump administration does need to do some clear thinking about the importance of having allies, and what needs to be done to hold them closer."