SEOUL, June 12 (Yonhap) -- Lee Dong-gook, the all-time leading scorer in South Korean professional football, will take a certification course that would allow him to take a coaching position on a national team or a pro club, officials said Friday.

The Korea Football Association (KFA) said Lee will attend a course for the Asian Football Confederation (AFC) "A" coaching certificate from next Monday to June 24. It will be held at the National Football Center (NFC) in Paju, just north of Seoul in Gyeonggi Province. 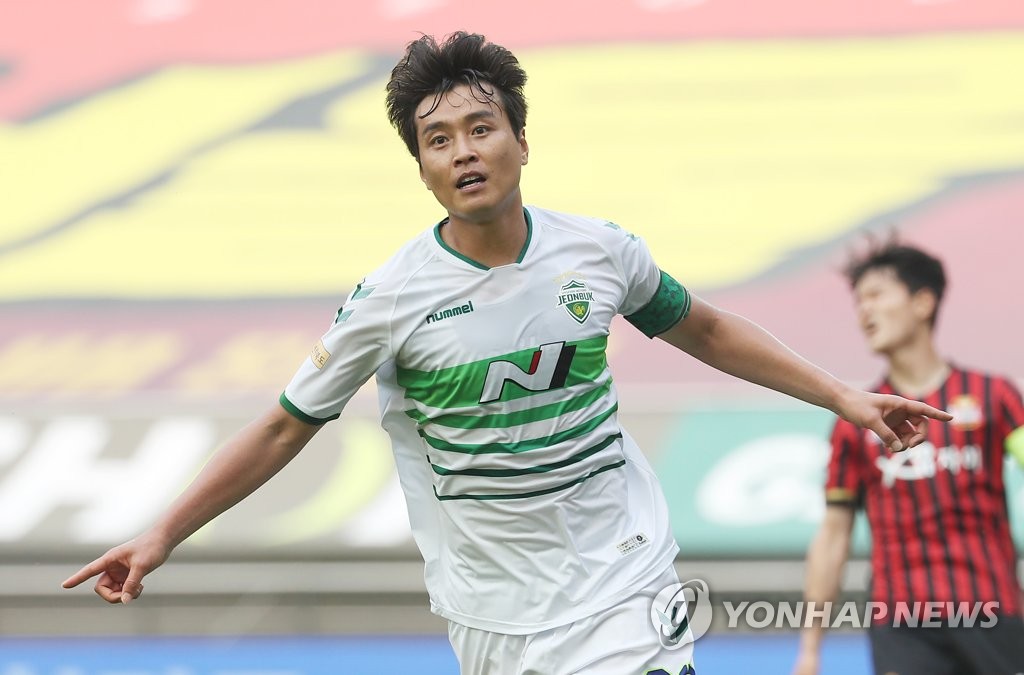 Lee, forward for Jeonbuk Hyundai Motors, is the oldest active player in the top-flight K League 1 this season at 41. He leads all players with 227 career goals, three of which have come in three appearances this season.

His course schedule will overlap with two upcoming Jeonbuk matches, first against Pohang Steelers next Tuesday and another on June 21 against Gwangju FC. A Jeonbuk official said the club will allow Lee to be away for the certification course.

Holders of the A certificate may serve as an assistant coach on a national team or a club in the K League 1 or the K League 2.

There will be two certification courses this year. After the June course, the second one is scheduled for November. All candidates must pass practical and theory exams and must also write a dissertation. 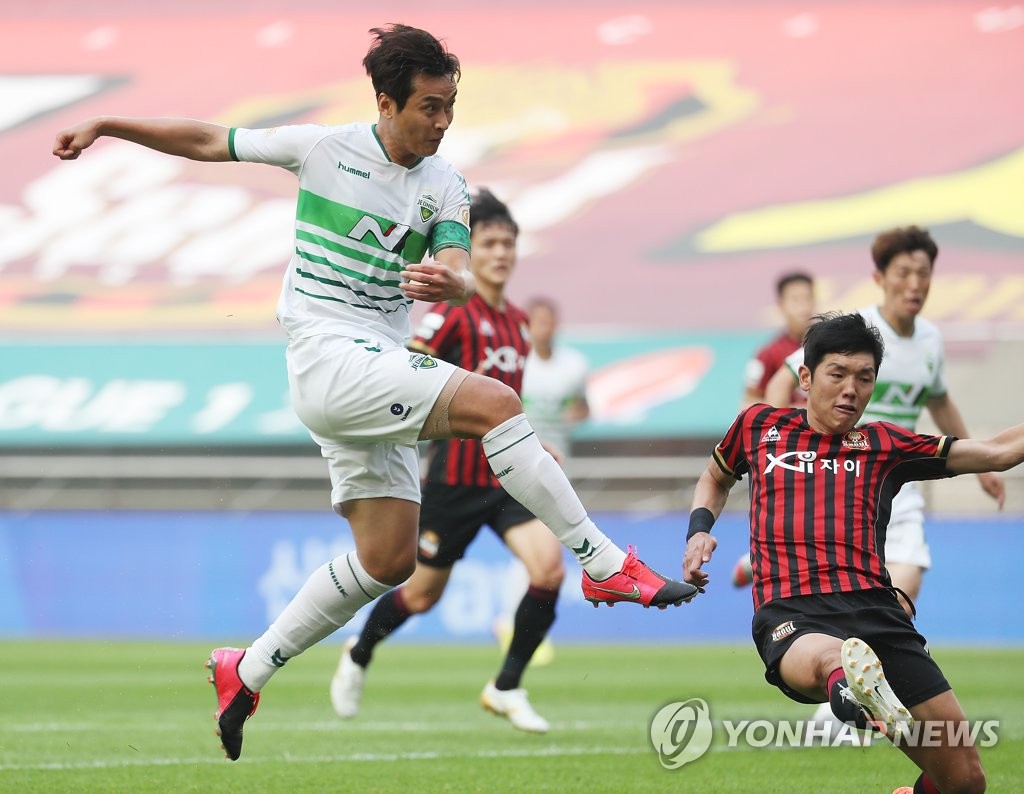 Those with the A certificate who have a minimum five years of coaching experience may sign up for the Professional Diploma course. The Pro-Diploma is the highest level of coaching accreditation by the AFC and allows its holders to be the head coach of a national team or a pro club.

Though Lee may have begun charting his post-playing career path, the ageless wonder isn't slowing down on the field just yet.

Lee scored the very first goal of the 2020 K League 1 season, netting the winner off the bench in Jeonbuk's 1-0 victory over Suwon Samsung Bluewings in the season opener on May 8. Lee made his first start of the season last Saturday against FC Seoul and grabbed a brace in a 4-1 win.

Jeonbuk are in first place in the 12-club league with 12 points from four wins and a loss. 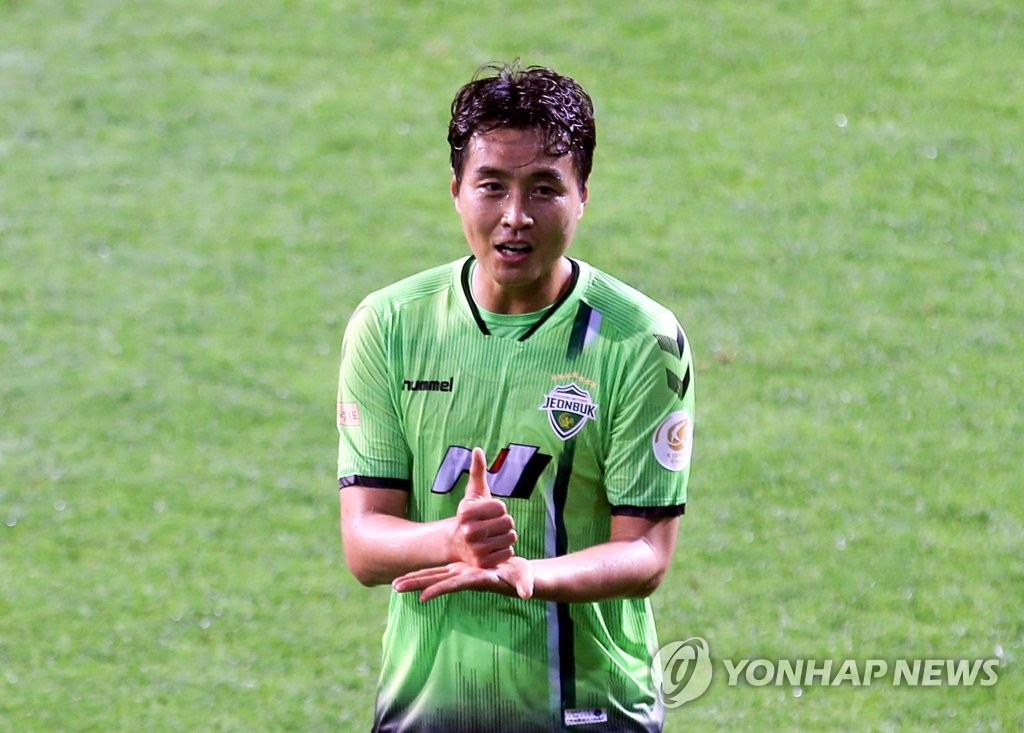