SEOUL, June 12 (Yonhap) -- The number of newly confirmed cases from local transmissions in Seoul marked a double-digit growth for 11 straight days, raising concerns over a possibly bigger outbreak in the city where one-fourth of the population lives.

The number of daily local transmissions reported here from June 1-10 increased by two-digit numbers ranging from 13 to 29, according to an analysis of data by Yonhap News Agency.

This marks the longest double-digit growth streak since the new coronavirus pandemic broke out in South Korea.

The city saw four consecutive days of double-digit increases in March when a cluster infection broke out at a call center in the southwestern Seoul ward of Guro and another four-day streak linked to nightspots in Itaewon in May. 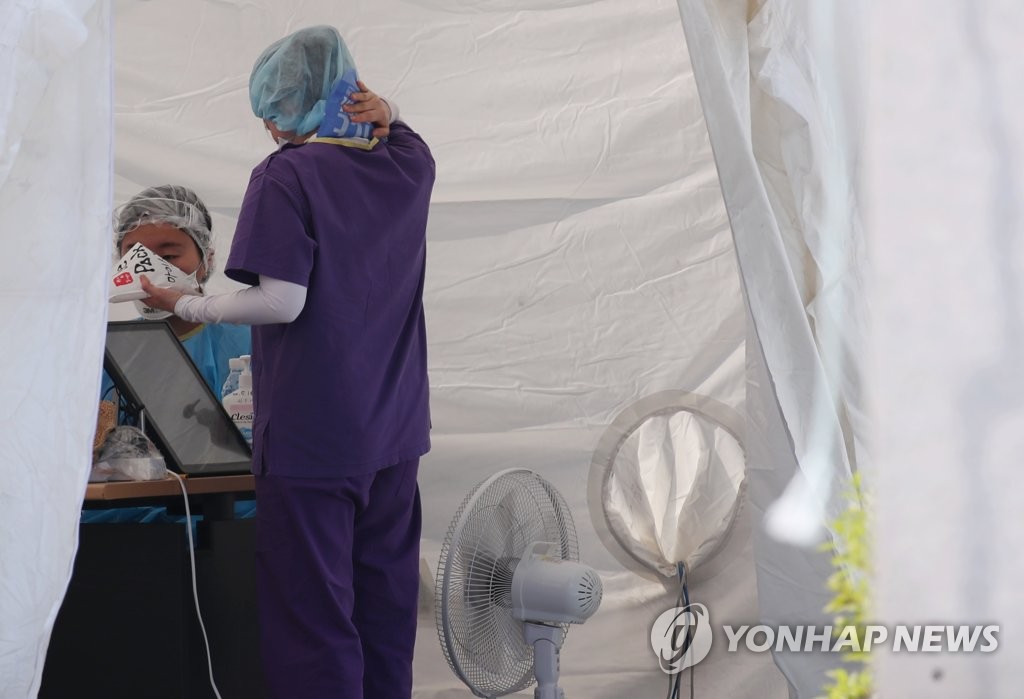 The latest data comes amid heightened worries over chain transmissions traced to massive infection clusters in the greater Seoul area that includes Incheon, west of Seoul, and Gyeonggi Province, which surrounds the capital.

In addition to the nightspot and call center infections, the area has seen several cluster infections popping up -- including those linked to online retailer Coupang's warehouse, small churches and religious meetings, a door-to-door retailer that sells health products and a table tennis club.

Smaller sporadic infections have also been reported at a number of other facilities, such as call centers and private-sector education institutes.

In an effort to clamp down on bigger chain transmissions, the government in late May tightened distancing measures in the greater Seoul area until June 14.

The government is expected to announce whether to extend the move before the deadline.