SEOUL, June 12 (Yonhap) -- Sales of the Nintendo Switch jumped more than 30 percent on-year during the first quarter of this year in South Korea amid the novel coronavirus outbreak, industry data showed Friday.

A total of 82,848 units of the video game console made by Japanese gaming firm Nintendo Co. were sold during the January-March period, up 30.4 percent from the same period a year earlier, according to the data by local distributor Daewon Media Co. 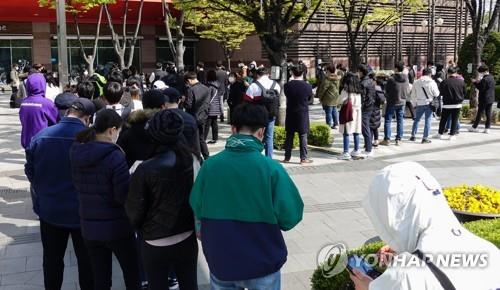 An accumulated 505,718 units of the Nintendo Switch and 1.44 million game titles have been sold in South Korea since the global release in 2017, the data showed.

The increased sales of the console show that more people are turning to video games for entertainment as the COVID-19 pandemic has confined them to their homes.

Daily active users of PC and console games spiked 46 percent on-year during the January-May period, according to a separate report by game software developer Unity Technologies. The corresponding number for mobile gaming was a 17 percent increase.