SEJONG, June 12 (Yonhap) -- South Korea's vice finance minister said Friday the nation's exports showed a "relatively good" sign of recovery in the first 10 days of this month, but warned of risks over a second wave of coronavirus infections.

Vice Finance Minister Kim Yong-beom made the remarks a day after South Korea reported a 20.2 percent jump in exports for the June 1-10 period.

The sharp rise was mainly attributed to a calendar effect because there were more working days, but it raised hopes for a recovery in global trade as more nations eased coronavirus lockdown measures.

The daily average exports during the 10-day period fell 9.8 percent on-year, compared with a 30.2 percent plunge during the May 1-10 period.

"Exports showed a relatively good mode as the daily average exports fell by a single digit," Kim said in a meeting with senior ministry officials. 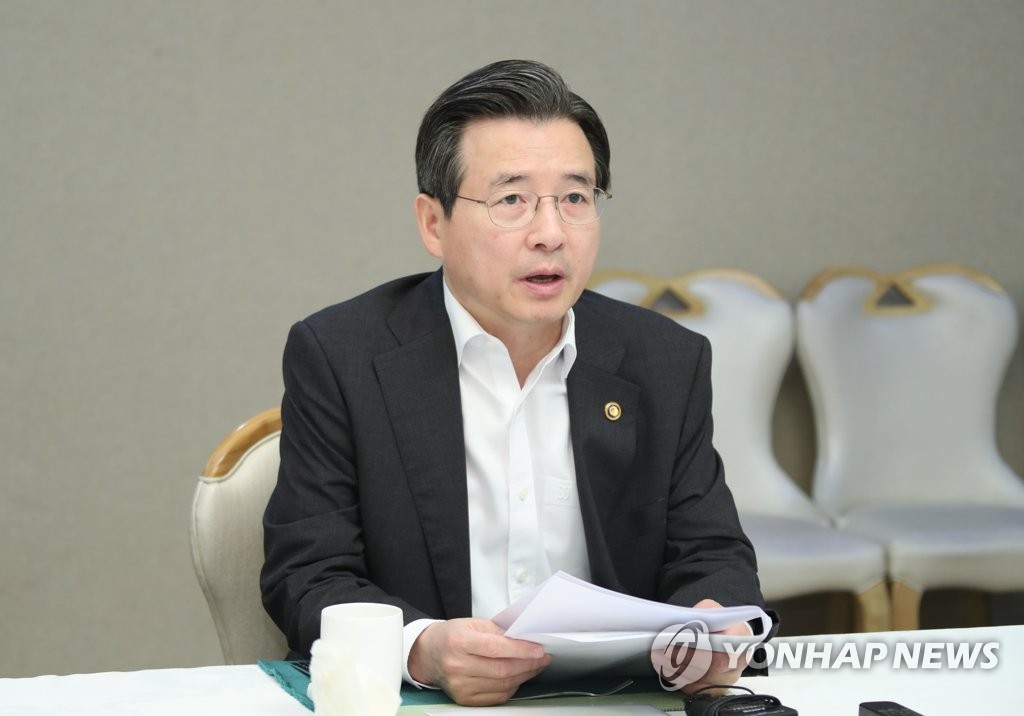 However, the situation for exports is still "grave" because there are lingering concerns about a new wave of infections around the world, Kim said.

The government will spare no efforts to support exporters and provide liquidity to them, Kim said.

Exports dropped for the third consecutive month in May due to the growing economic fallout from the pandemic.