SEOUL, June 12 (Yonhap) -- North Korean leader Kim Jong-un sent a letter to Russian President Vladimir Putin on Friday on the occasion of the country's national day, according to state media.

In the letter, Kim expressed his belief that the two countries would continue to maintain friendly relations, the North's Korean Central News Agency (KCNA) said.

"The Russian people have achieved great successes in the struggle for building a powerful and prosperous Russia while overcoming all kinds of challenges and trials under the energetic leadership of the Russian president," Kim was quoted as saying in the report.

Kim said "he reminisced with joy" about his first summit with Putin held in April last year in the Russian far eastern city of Vladivostok.

He added that he had a "firm belief that the joint recognition and agreements between him and the Russian president would be implemented without fail to dynamically promote the development of the strategic and traditional relations of friendship between the DPRK and Russia."

Last month, Kim also sent a message to Putin congratulating Russia on its 75th anniversary of the end of World War II. 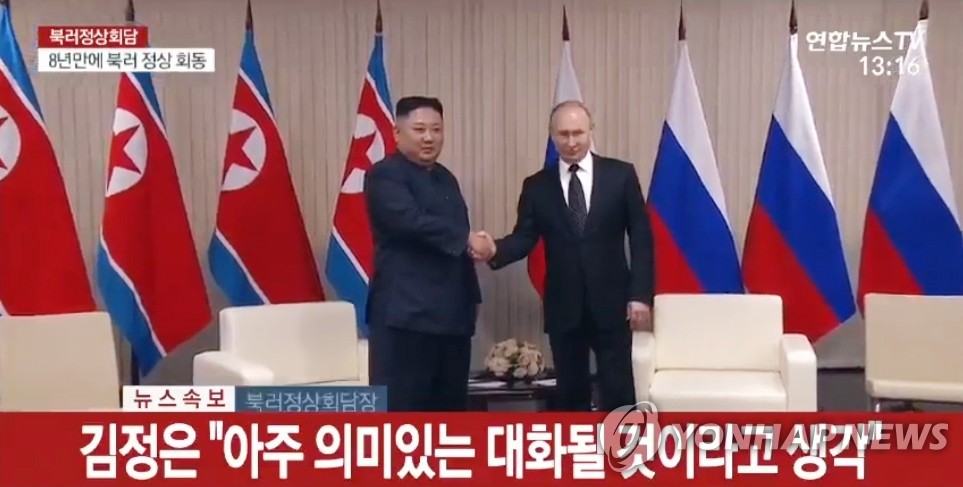