SEOUL, June 12 (Yonhap) -- The deputy commander of the U.S.-led United Nations Command (UNC) visited the Demilitarized Zone separating the two Koreas this week to better understand a war remains excavation project under way in the region, his office said Friday.

During his visit to a guard post, Vice Adm. Stuart Mayer received a mission brief on the demining and remains recovery operations at Arrowhead Ridge, one of the fiercest battlefields during the 1950-53 Korean War, according to the UNC.

Under a bilateral military accord signed Sept. 19, 2018, the two Koreas agreed to launch a joint excavation project on Arrowhead Ridge, but the South has carried out the project alone as the North did not respond to calls for joint work.

Maj. Gen. Lee Sang-chul, who leads the Army's 5th Infantry Division in charge of the mission, accompanied the vice admiral. 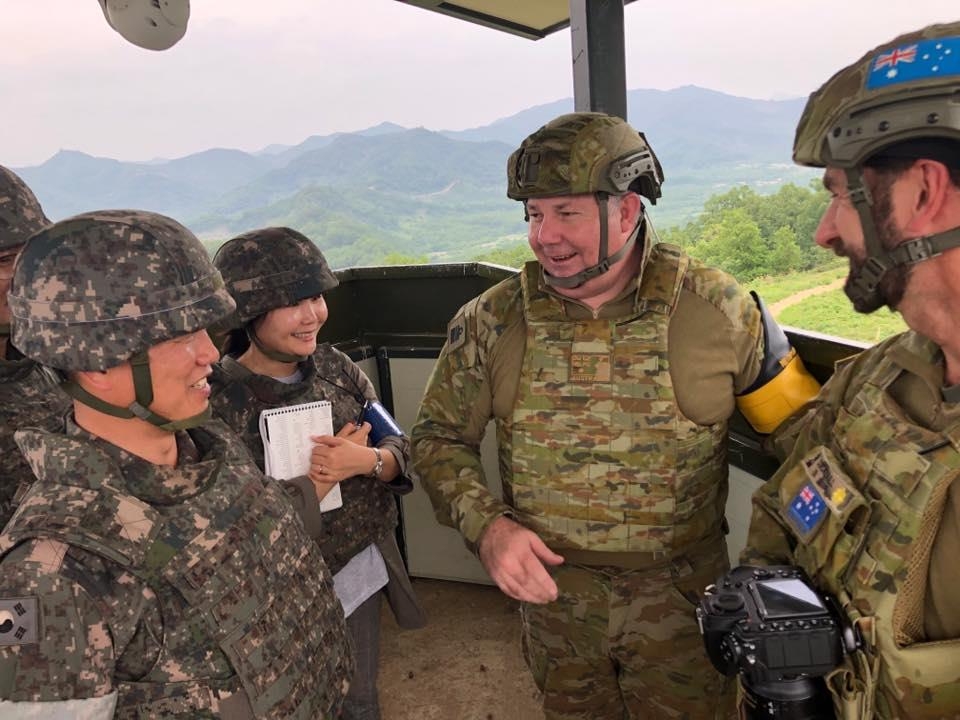