SEOUL, June 12 (Yonhap) -- The annual negotiations to set South Korea's minimum wage have never been easy. But this year, talks are expected to be more complicated, as the country is facing unprecedented economic headwinds from the new coronavirus that has cut growth and jobs.

On Thursday, members of the Minimum Wage Commission -- a 27-member panel consisting of nine representatives of employees, employers and those who represent social interests -- gathered in the administrative city of Sejong to kick off its plenary meeting.

As part of precautionary measures against the new coronavirus that has infected more than 12,000 here, all attendees had to wear masks and go through fever checks. Transparent booths were set up between seats and microphones were covered to prevent infections. 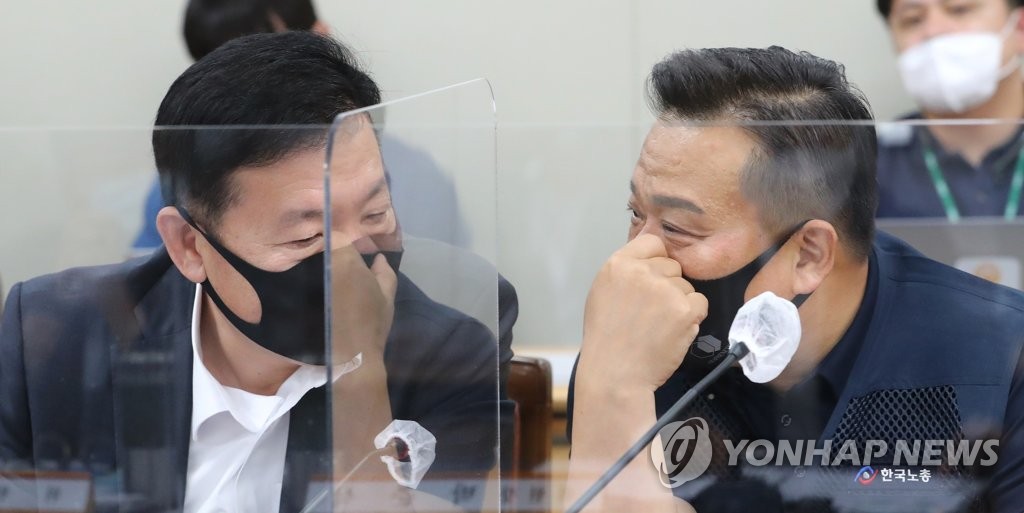 "Combining wisdom and efforts by all the parties that have interest in setting the minimum wage has never been more important," commission Chairman Park Joon-shik said at the opening of the meeting.

Park said the country is in "uncharted terrain" due to the pandemic.

Deciding the minimum wage at a time when the country is going through a pandemic without a deadline nor a powerful vaccine is an uncharted task for the panel.

Economic think tanks and the country's central bank have slashed growth outlooks for Asia's fourth-largest economy, but at the same time, workers whose income is directly linked to the minimum wage have been directly hit by the new coronavirus.

This year, businesses are calling for a freeze or reduction in the minimum wage, while workers are demanding a hike to stabilize income for temporary and irregular workers.

Ryu Ki-jeong, an official at the Korea Enterprises Foundation (KEF), voiced concern that raising the minimum wage will further weigh on smaller companies that are struggling to make profits.

"Small businesses and entrepreneurs have already taken a hit from the excessive hikes in the past three years," he said, highlighting the need for a "reasonable" outcome.

A joint poll conducted by the KEF and the Korea Federation of Small and Medium Enterprises between May 6 and 13 showed that of the 600 polled companies, 88.1 percent called for a minimum wage freeze or cut.

A survey conducted by the chamber of commerce in Daegu, the southern city that was once considered the epicenter of the virus in South Korea, showed a stronger call for a freeze or cut at 93 percent. 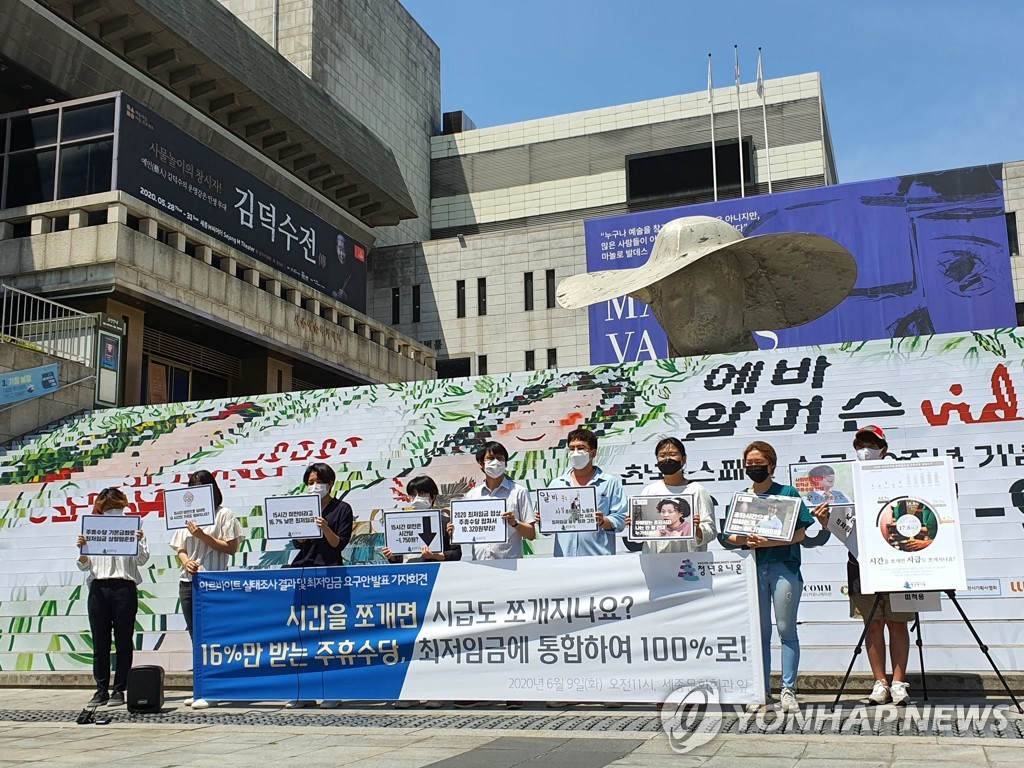 But labor organizations and workers say that a minimum wage increase is critical in propping up domestic demand and protecting vulnerable workers.

"Part-time, platform and irregular workers, who are considered the weakest link in our society, are suffering the most from the new coronavirus," Lee Dong-ho, the secretary general of the Federation of Korean Trade Unions, said during Thursday's meeting.

Lee pointed out that the average wage hike came in at 5.3 percent, nearly double the 2.9 percent hike for the minimum wage, saying that raising the threshold is necessary to protect the workers and prevent wage inequality from widening.

The Youth Community Union, a civic group representing the younger generation, meanwhile, called for a minimum wage of at least 10,320 won, including weekly holiday allowance.

The group said that its study showed most part-time workers are employed 17.8 hours per week, as many businesses have cut working hours to the minimum to save costs.

The Minimum Wage Committee is scheduled to hold its next plenary meeting on June 25. The labor minister is scheduled to announce the 2021 minimum wage by Aug. 5, which means the panel should reach a conclusion before then.