Samsung's independent compensation committee said it has completed application reviews for 458 cases, or 92 percent of the total compensation cases submitted through last month.

Of them, 400 cases were eligible for compensation, and Samsung paid 14.2 billion won to the victims, it said. 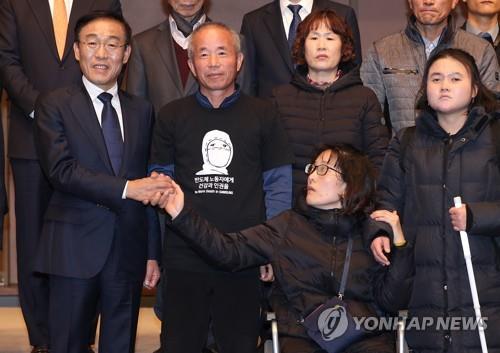 In 2018, the world's largest memory chip maker agreed to compensate all victims of work related-diseases through 2028, ending a long-standing dispute that lasted for more than a decade.

All incumbent or former workers of Samsung and its subcontractors, who have served at the company's chip and LCD production lines in South Korea since 1984, are eligible to apply for compensation.