SEOUL, June 12 (Yonhap) -- U.S. President Donald Trump was "very clear" that he wants to bring U.S. troops home from South Korea, Japan and other allies, his former ambassador to Germany said, stressing Americans are "tired of paying too much" for the defense of other countries.

Richard Grenell made the remarks in an interview with the German newspaper Bild earlier this week while confirming a plan to pull out 9,700 U.S. troops from Germany -- about 30 percent of the total 34,674 U.S. troops in the European country, according to the U.S. media outlet Politico.

The talk of the troop withdrawal came as Washington has been heaping pressure on Seoul to increase its financial contributions to the upkeep of the 28,500-strong U.S. Forces Korea (USFK) under the bilateral cost-sharing deal, called the Special Measures Agreement (SMA).

"This is a hotly contested issue in the United States. Donald Trump was very clear, we want to bring troops from Syria, Afghanistan, Iraq, from South Korea, Japan, from Germany," Grenell was quoted as saying.

"It doesn't feel like something that gives too powerful a message, other than Americans ... are getting a little tired of paying too much for the defense of other countries. And this has been a very political point that President Trump has made for a long time."

After the media reports emerged that the U.S. plans a partial withdrawal of troops from Germany, the White House said Monday that Trump is "continually reassessing" the American overseas military presence.

Amid the impasse in the SMA negotiations between Seoul and Washington, concerns have persisted that the U.S. could use the issue of the troop reduction as a bargaining chip, though the allies' defense officials have dismissed any future drawdown.

In the negotiations, Korea and the U.S. have drawn battle lines, casting their latest proposals as the final ones.

Seoul officials indicated a 13 percent increase from last year's SMA, around US$870 million, as the "best offer" Korea could make, while the U.S. has asked South Korea to pay US$1.3 billion a year -- an increase of about 50 percent from the 2019 SMA.

South Korea's defense ministry, however, said that no discussions have taken place between Seoul and Washington about any possible troop withdrawal from the Korean Peninsula.

"The U.S. reaffirmed its commitment to maintain the current level of American troops here. The issue has not been discussed between the two sides," a ministry official said.

According to the Joint Communique of the 51st Security Consultative Meeting between the South Korean and the U.S. defense chiefs in November last year, Secretary Mark Esper "reaffirmed the commitment to maintain the current level of the U.S. military personnel in the ROK and to enhance combat readiness" given "the current security environment."

The U.S.' National Defense Authorization Act (NDAA) also bans the reduction of the number of American troops in South Korea below the current level unless the U.S. defense secretary certifies that it is in the U.S. national security interest, the official added. 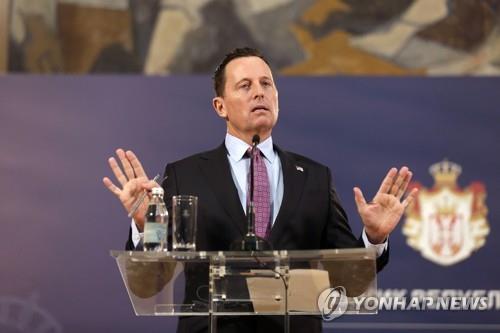