The two had 25-minute phone talks at the request of Hernandez. He told Moon that the Central American country is pushing for a major transition to digital phases in government work, according to Cheong Wa Dae spokesman Kang Min-seok.

Noting that South Korea is a leading nation that has successfully introduced an e-government, he held out expectations for the expansion of cooperation in the field.

Hernandez also said he's well aware that South Korea is an advanced country in such sectors as electric and gas-fueled vehicles and agriculture.

"We would like learn from South Korea's experience," he was quoted as telling Moon, adding that South Korea's investment in public transit programs or e-government projects not only in Honduras but also in other Central American countries would be a win-win. 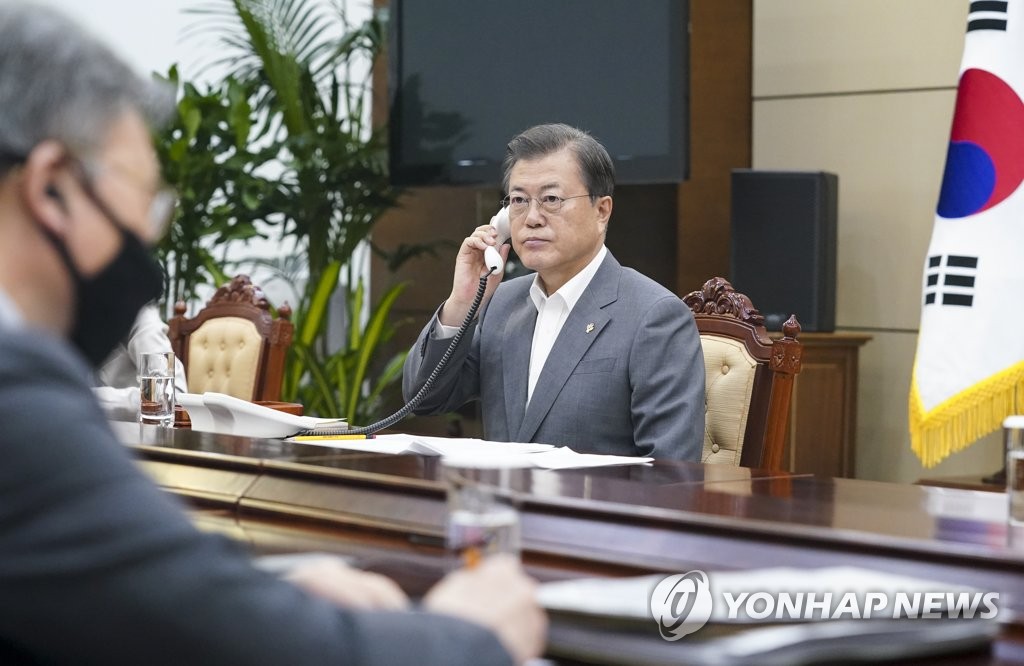 He stressed Honduras has supported South Korea on the global stage "all the time" and will continue to do so, Kang said. He then invited Moon to visit Honduras someday.

He briefed Hernandez on his administration's Digital New Deal initiative in preparation for the post-coronavirus era, which he said could be linked with the Honduran government's digitalization project.