Civic groups representing foreign residents had lodged a complaint with the National Human Rights Commission of Korea, claiming the two municipal governments discriminated against foreign residents by excluding them from the scheme for no specific reason.

Both local governments identify "foreign residents" as foreigners who have resided in the respective areas for over 90 days and indicate that they are entitled to the same rights as Korean residents unless there are separate clauses.

However, foreign residents were excluded from the municipal governments' relief payouts aimed at easing damages from the new coronavirus that has infected more than 12,000 here.

In documents submitted to the committee, the municipal governments said the relief payout had to be distributed urgently amid the pandemic, which led to systemic and procedural issues that blocked them from including all foreign residents.

The human rights committee, however, ruled in favor of the plaintiffs on Thursday.

"At a time of COVID-19 disaster, foreigners are not different from (Koreans) in that their livelihoods are threatened. Like Koreans, foreigners are equally going through a disaster situation, including job losses, layoffs, wage inequality, a reduction in social ties and weakened accessibility to medical facilities," the committee said in a Korean-language statement.

"Due to this reason, it is not reasonable to include nationality, country of birth, form of family and family relationships as criteria in providing support that comes from municipal governments' limited resources."

The committee concluded that treating foreign residents differently is seen as discrimination without a reasonable cause, advising municipal governments to complement their policies going forward to not exclude foreign residents. 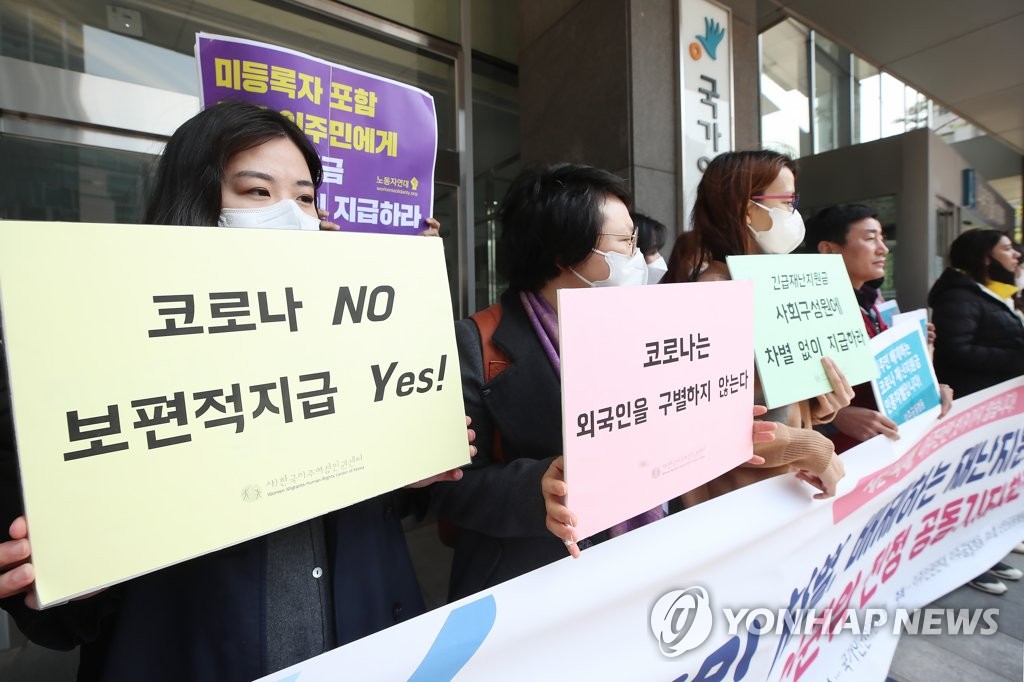