SEOUL, June 12 (Yonhap) -- LG Twins' slugger Roberto Ramos, who's leading South Korean baseball with 13 home runs this season, was placed on the injured list (IL) on Friday with ankle and back pain.

Before the start of the Twins' home game versus the Lotte Giants in Seoul, LG manager Ryu Joong-il said Ramos is expected to miss the rest of the weekend. 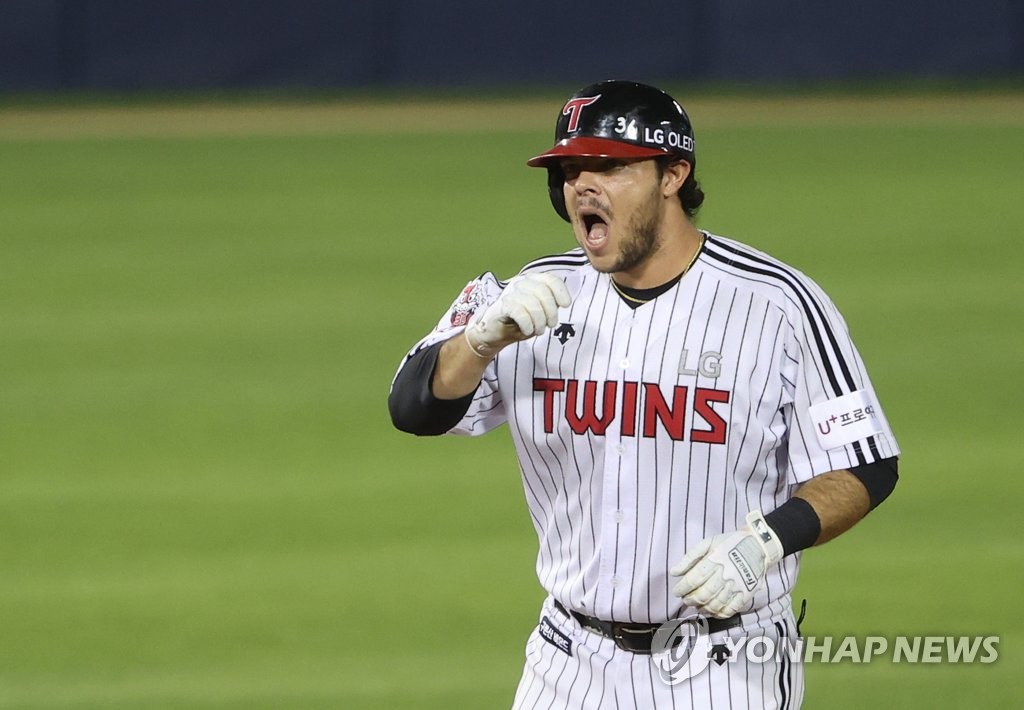 Ramos played both games of the Twins' double header against the SK Wyverns on Thursday. He played first base in the first game and then served as designated hitter in the next one.

"He had some discomfort in his right ankle after the double header, and he woke up this morning with a sore back," Ryu said in his pregame media availability. "He took an injection in his back. We'll see how his recovery goes, but it looks like he won't be available this weekend."

The Twins could ill afford to lose Ramos, who has quickly emerged as one of the most feared power hitters in the Korea Baseball Organization (KBO) in his first season here.

Without their biggest bopper, the Twins will run into a Giants team riding a season-high six-game winning streak.

"Just because we won't have Ramos, it doesn't mean we're guaranteed to lose the series," Ryu said. "We've got our ace on tonight with Tyler Wilson. I think it's going to be a tight game."

The Twins called up long-time minor leaguer Kim Ho-eun to take over first base during Ramos' absence. A seventh-round pick in the 2016 draft, Kim, 28, will make his KBO debut Friday.

The KBO implemented the injured list for the first time this season. There's no minimum number of days a player has to stay on it before being activated. Theoretically, a player can be put on the list and then return the next day.

In pre-IL days here, clubs took injured players off their active roster, and they had to be sidelined for a minimum 10 days before they could be activated. 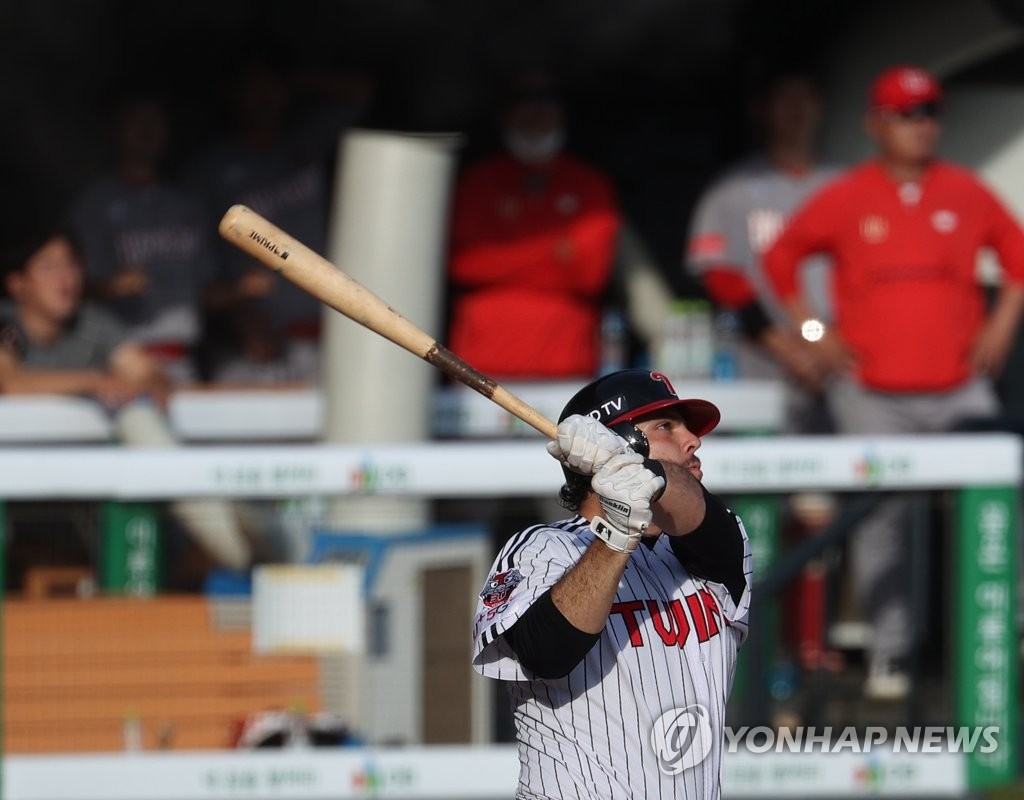