SEOUL, June 14 (Yonhap) -- South Korea will mobilize one of its aerial tankers to send rotational troops and supplies to the United Arab Emirates later this month, officials said Sunday.

The Air Force's KC-330 aerial tanker is planning to carry the 17th batch of the 170-strong Akh Unit and fly to the UAE on around June 30 in its first troop transport mission since being put into service last year, according to the officials.

On its way back, the aircraft, named Cygnus, will bring home the 16th batch of the unit tasked with training the Middle East country's special forces, they added.

The tanker can fly distances up to 15,320 kilometers, with a maximum flight altitude of 12,600 meters. 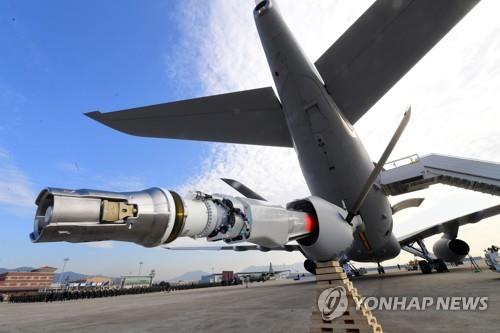