DAEJEON, June 12 (Yonhap) -- The Hanwha Eagles have tied a South Korean baseball record that no team wants to match: the longest losing streak.

The Eagles fell to the Doosan Bears 5-2 on Friday for their 18th consecutive loss, which put them in a tie with the 1985 Sammi Superstars for the longest futilty streak in the history of the Korea Baseball Organization (KBO).

The Eagles, who dropped to 7-27, will try to avoid taking sole possession of the dubious record Saturday against the same Bears at Hanwha Life Eagles Park in Daejeon, 160 kilometers south of Seoul.

The Superstars, which folded in the second half of that disastrous 1985 season, are still associated with losing and futility 35 years after losing 18 straight.

In the minds of a future generation of baseball fans, though, the 2020 Eagles will likely occupy a similar place. 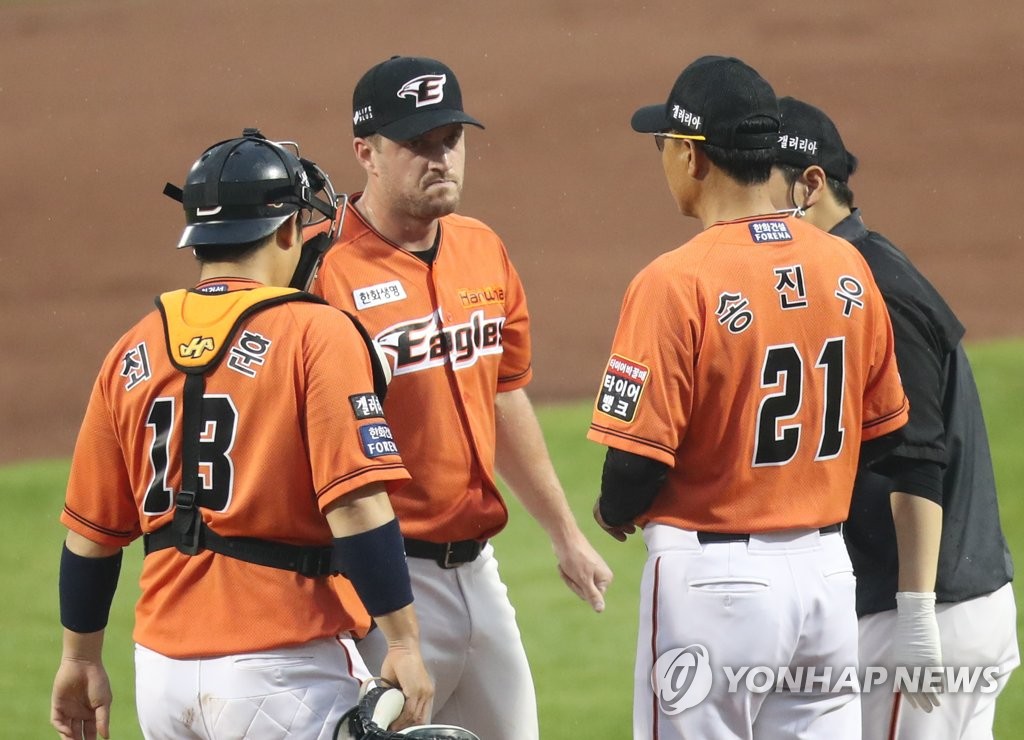 The Eagles' most recent victory came on May 22, a 5-3 victory over the NC Dinos.

Han Yong-duk stepped down as the Eagles' manager last Sunday after their 14th straight loss. Their minor league manager, Choi Won-ho, was named the interim manager on Monday, and he went to work immediately by demoting 10 underperforming veterans and calling up long-time minor leaguers and rookies in a drastic shakeup.

The move didn't pay dividends in the Eagles' three-game, midweek series against the Giants on the road. They lost all three games, by a combined score of 26-5, and came home limping to host the Bears, the only team this season not to have lost back-to-back games.

The Eagles gave up the first run of the game before they knew what hit them, as Doosan's leadoff Park Kun-woo opened the game with a solo home run off starter Chad Bell.

The Bears added two runs in the top third. With the bases loaded, Oh Jae-il drew a walk against Bell to make it 2-0 Bears. Kim Jae-hwan followed up with a sacrifice fly to left for a 3-0 lead.

The Bears took a 4-0 lead in the top fifth with Oh's RBI single, which chased Bell from the game.

Jose Miguel Fernandez effectively ended the game for the Bears with a solo home run in the top ninth, putting his team up 5-0.

The Eagles salvaged two runs in the bottom ninth on a single and a fielder's choice groundout, but that was the extent of their offense. 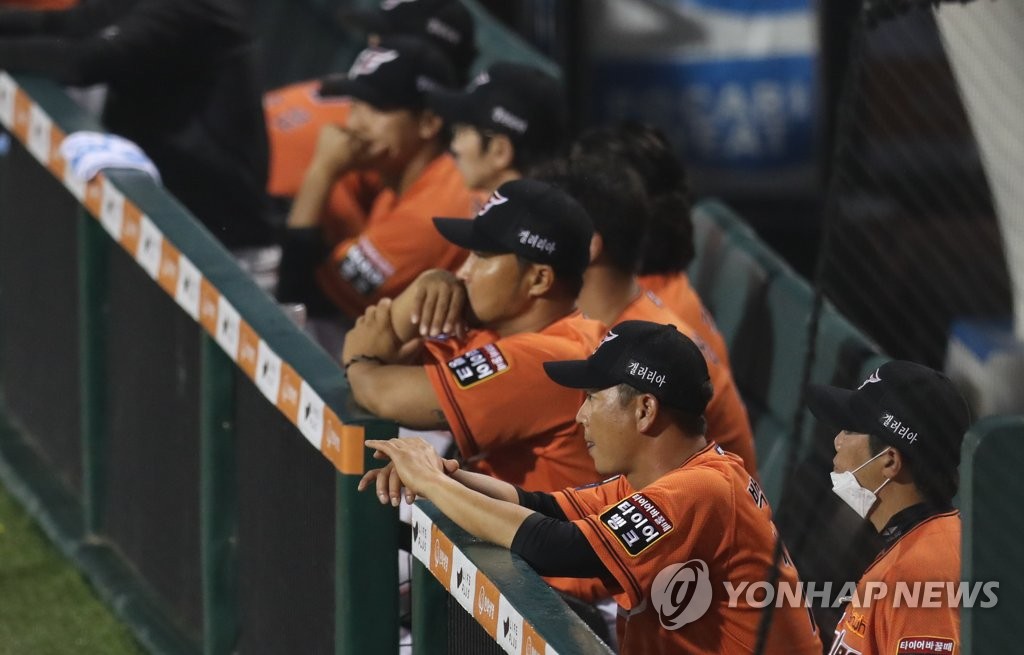