SEOUL, June 13 (Yonhap) -- North Korea said Friday that it has lost all confidence in the South Korean government and warned of "regretful and painful" times ahead.

Jang Kum-chol, director of the North's United Front Department, made the statement to the official Korean Central News Agency, referring to Cheong Wa Dae's recent vow to deal strictly with activists' flying of anti-Pyongyang leaflets into the North.

"Their statement sounds like an apology or repentance, and their 'resolution to take counteraction' sounds plausible," Jang said. "But it is hard to clear the doubt that it can be just a brainstorm trick of Chongwadae to tide over the present crisis. Because its attitude of repentance is too timid, when compared with the gravity of the crime committed." 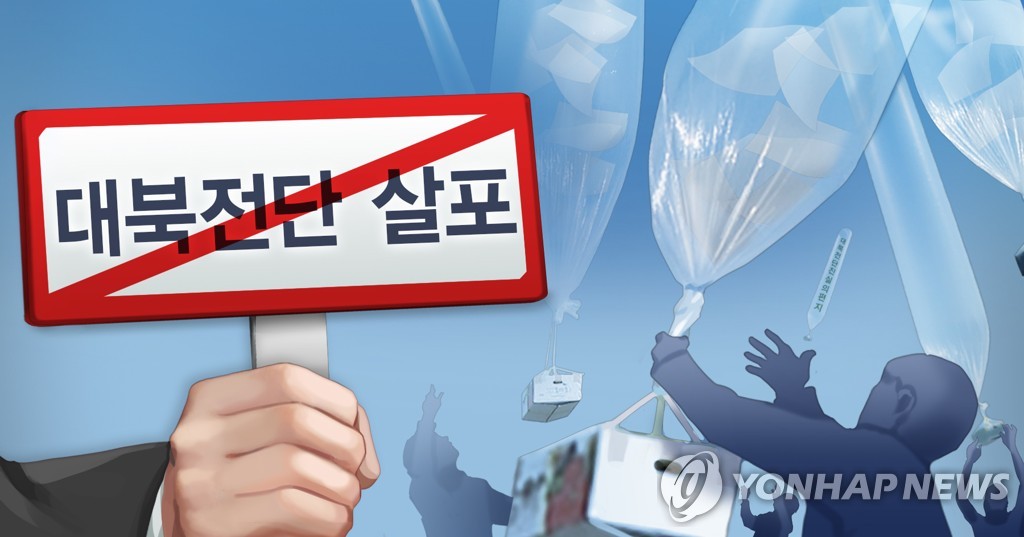 North Korea has strongly protested the leaflet campaigns in recent days and vowed to cut off all inter-Korean communication lines in response. It has also threatened to abolish an inter-Korean liaison office, scrap a military tension-reduction deal signed in 2018 and dismantle a now-shuttered industrial park in the North's border city of Kaesong.

"The recent incident has smashed to pieces the confidence in the south Korean authorities that we have made so much effort to build," Jang said.

"We really don't want to stand face to face with them as they often talk tall as if to achieve something great but fail in taking even a step in practice," he continued. "From now, time will be, indeed, regretful and painful for the south Korean authorities."

Jang accused the South of making promises in words only, and mocked its efforts to legislate a ban on sending the leaflets.

"Now they barely put to use the laws that had already been in place," he said. "A new law touted by them is still far way off. Can we pin any hope for the law to take effect?"

Jang argued that had the South been truly concerned about inter-Korean relations, it could have made "dozens of such laws" since President Moon Jae-in and North Korean leader Kim Jong-un adopted the Panmunjom Declaration in April 2018. The declaration calls for complete denuclearization of the Korean Peninsula and improving inter-Korean relations.

"Now Chongwadae, the ministry of Unification and even the ruling party are running helter-skelter, talking about 'good-for-nothing act' and 'stern counteraction,'" Jang said. "They say that they would check the leaflet-scattering by mobilizing the police forces but it is uncertain whether they can properly do their job as they fail to exercise even their public power."

The leaflets have been sent by North Korean defectors and conservative activists with messages sharply critical of the Pyongyang regime and its leader. The large balloons containing the leaflets also carry other items, such as USB memory sticks and one-dollar bills, to encourage North Koreans to pick them up.

"It will be most foolish for Chongwadae to calculate that it can calm down our people's rage which has erupted like a volcano with such third-rate farce and put the current grim situation under control with its imprudent words, and this will be another mockery of us," Jang said.
(END)