SEOUL/POHANG, South Korea, June 13 (Yonhap) -- Firefighters put out a fire that broke out at POSCO's steel mill in the southeastern part of the country on Saturday, with no casualties reported.

The fire broke out at 12:30 p.m. at the steel mill in Pohang, North Gyeongsang Province, about 370 kilometers southeast of Seoul. It was extinguished about two hours later.

Firefighters have dispatched some 31 firetrucks and ambulances to the scene.

No casualties have been reported as the steel mill's workers evacuated immediately. The fire broke out at a stainless steel production plant.

"The fire broke out on some of our production lines, and we are currently investigating to find out the cause as well as the damages," said an official from POSCO, South Korea's top steelmaker.

POSCO, however, said there were no disruptions to its production as the line was already under maintenance. 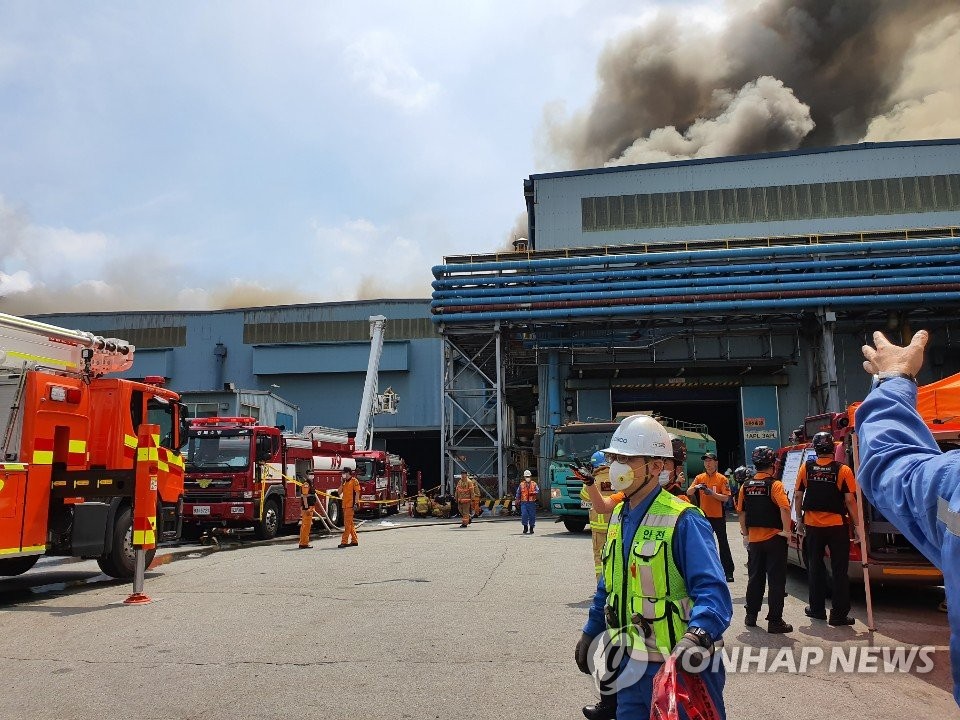