SEOUL, June 13 (Yonhap) -- North Korea said Saturday that South Korea should stop "nonsensical" talk about denuclearization, saying Seoul is not qualified to discuss or "poke their noses into" nuclear talks between Washington and Pyongyang.

Kwon Jong-gun, director-general of the department of U.S. affairs of North Korea's foreign ministry, made the remark in a statement carried by the official Korean Central News Agency, saying the South talking about denuclearization is like "burping after drinking a still water."

"It is really preposterous to hear the balderdash of South Korean authorities -- who do not have either any qualification to discuss, or the position to poke their noses into, the matters between the DPRK and the U.S., to say nothing of nuclear issues -- are commenting on the resumption of DPRK-U.S. dialogue and interpreting the issue of denuclearization at their own choice," he said.

DPRK is the acronym for the North's official name, the Democratic People's Republic of Korea.

The official also said that it is not because there is not "a mediator that the DPRK-U.S. dialogue has gone away and the denuclearization been blown off, and it is because conditions are not met for denuclearization."

"I want to make it clear that we will continue to build up our force in order to overpower the persistent threats from the United States, and such efforts of ours are in fact continuing at this point of time," he said. "It is better to stop a nonsensical talking about denuclearization." 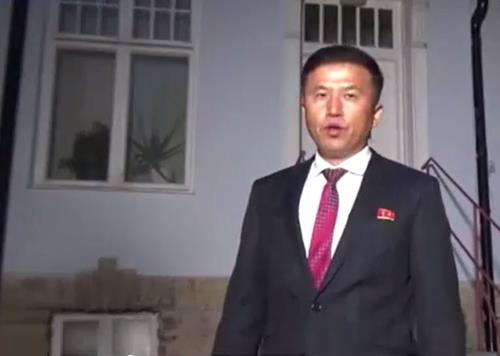