DAEJEON, June 13 (Yonhap) -- Only Mother Nature could keep the Hanwha Eagles from setting the all-time record for futility in South Korean baseball on Saturday.

The Korea Baseball Organization (KBO) regular season game between the home team Eagles and the Doosan Bears was suspended due to rain in Daejeon, 160 kilometers south of Seoul. The Bears were leading 4-3 in the bottom of the third, with Hanwha's Jung Eun-won at the plate at 2-2 count.

The teams will pick things up from that point at Hanwha Life Eagles Park at 2 p.m. Sunday. That game will be followed by their originally-scheduled Sunday game for a partial double header. 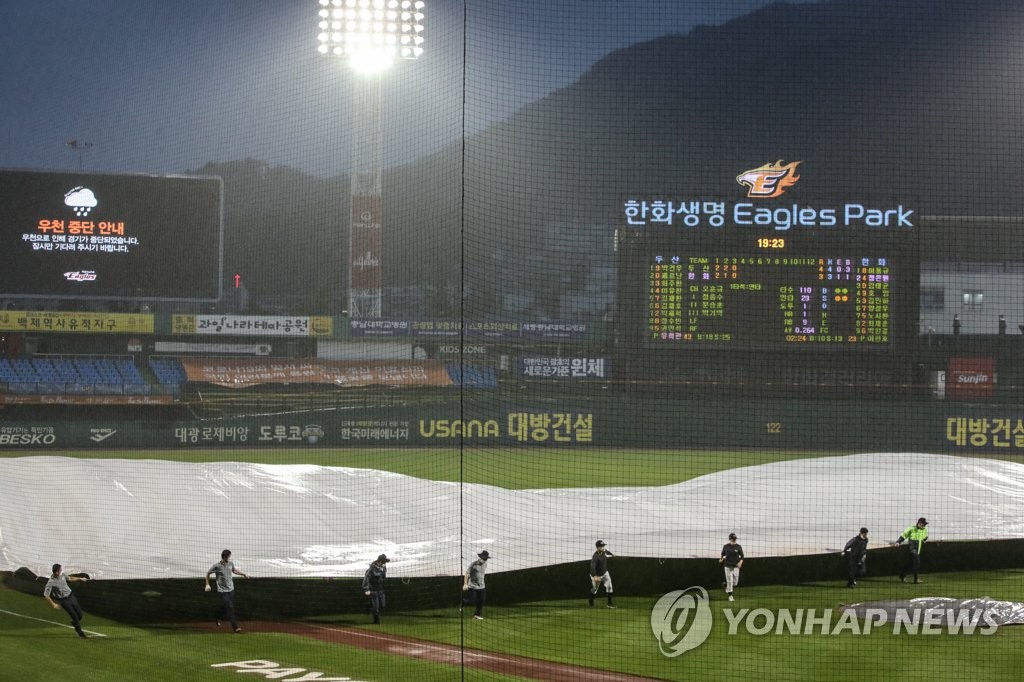 The Eagles are mired in an 18-game losing streak, tied with the 1985 Sammi Superstars for the longest slide in KBO history.

And the Eagles were locked in a seesaw battle with the Bears on Saturday, trying to avoid setting the dubious record, when the skies opened up and caused multiple delays. Umpires ultimately suspended the game.

The KBO brought suspended games into play for this season, whose start was delayed by more than a month due to the coronavirus pandemic.

This year, with the KBO trying to squeeze all 144 games into a much tighter window than usual, games that are halted before the fifth inning will be suspended and teams will resume action the following day where they left off.

The Eagles gave up two runs in the top of the first inning, with the 19-year-old rookie starter Han Seung-ju giving up an RBI single and a sacrifice fly. 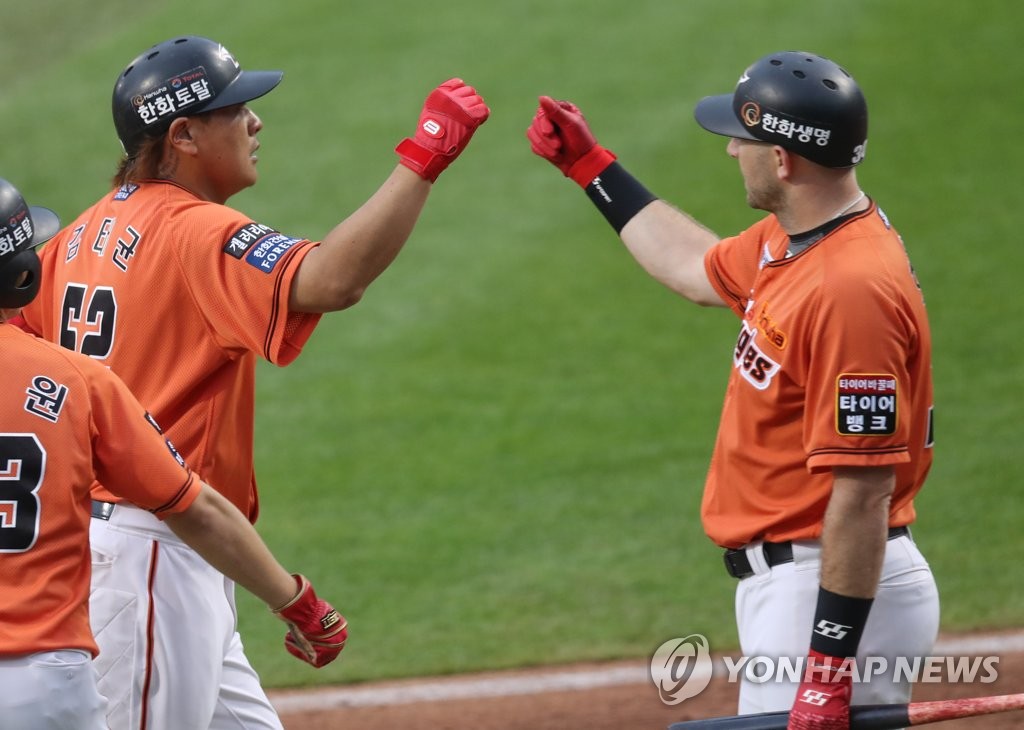 But the Eagles responded in the bottom first with a two-run home run by Kim Tae-kyun. It was the first dinger of the season by the much-maligned veteran, whose lack of production -- he entered the game batting just .204 with three RBIs this season -- has been drawing the ire of frustrated Hanwha fans.

The Bears came right back in the top second with a pair of solo home runs, which were separated by a 76-minute rain delay.

With two outs in the frame, Park Kun-woo took Han over left field for a solo blast that put the Bears up 3-2. A heavy downpour halted the game for over an hour, and Lee Hyun-ho relieved Han on the mound when action resumed.

Jose Miguel Fernandez greeted him with a solo homer for a 4-2 lead.

The Eagles weren't going down without a fight, with Roh Si-hwan launching a solo home run to cut the deficit to 4-3 in the bottom second.

The Eagles kept the Bears off the board in the top third, and never got to bat in the bottom half of that inning because of rain. 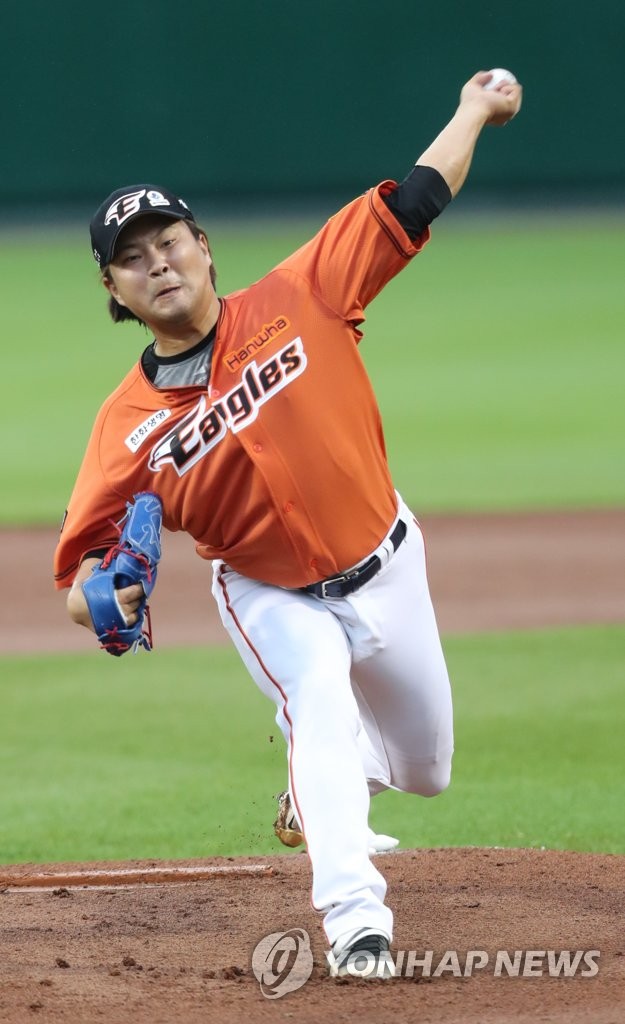