SEOUL, June 14 (Yonhap) -- Samsung Electronics Co. enjoyed the highest average selling price (ASP) of its smartphones in six years in the first quarter of the year, driven by robust demand for foldable phones and its flagship smartphones, industry data showed on Sunday.

Samsung, the world's largest smartphone maker, sold its smartphones at US$292 on average in the January-March period, up 8.5 percent from a year earlier. The first-quarter ASP also marks a 20.7 percent rise from three months earlier, according to data compiled by Strategic Analytics.

Samsung's first-quarter ASP marks the highest since the second quarter of 2014 when the comparable figure was $297, the data showed.

The higher ASP for Samsung came on the back of its foldable phones, the Galaxy Z Flip, and high-end Galaxy S20 series.

In February, Samsung unveiled the Galaxy Z Flip at its Galaxy Unpacked 2020 event in San Francisco alongside its new flagship Galaxy S20 series.

The Galaxy Z Flip is Samsung's second foldable phone after the Galaxy Fold that was launched last year at a price tag of near $2,000.

Largely thanks to robust demand for high-priced smartphones, Samsung's share of the global smartphone market, in terms of revenue, rose to 22.1 percent in the first quarter of the year from 21.7 percent a year earlier and 14.4 percent the previous quarter.

Apple Inc. came in first with 37.5 percent in the first quarter. 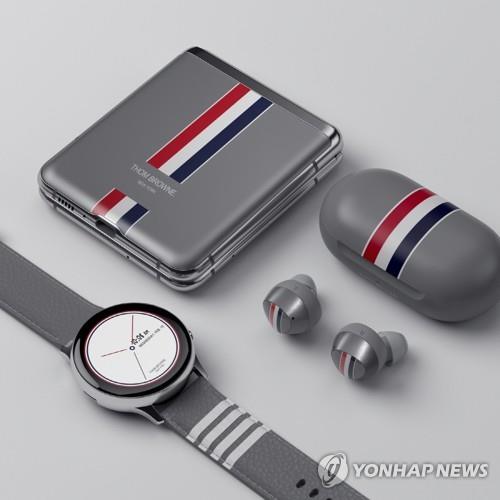