SEOUL, June 14 (Yonhap) -- The number of people who are in search of jobs hit a record high in May as the new coronavirus outbreak hammered the job market, data showed Sunday.

The number of jobless people who had been seeking to find jobs for less than three months reached 735,000 in May, up 107,000 from the previous year, according to Statistics Korea.

The tally marked the largest figure for the month of May since the agency began to compile data in June 1999.

The monthly growth also marked the largest since January 2019, when such people increased by 173,000. 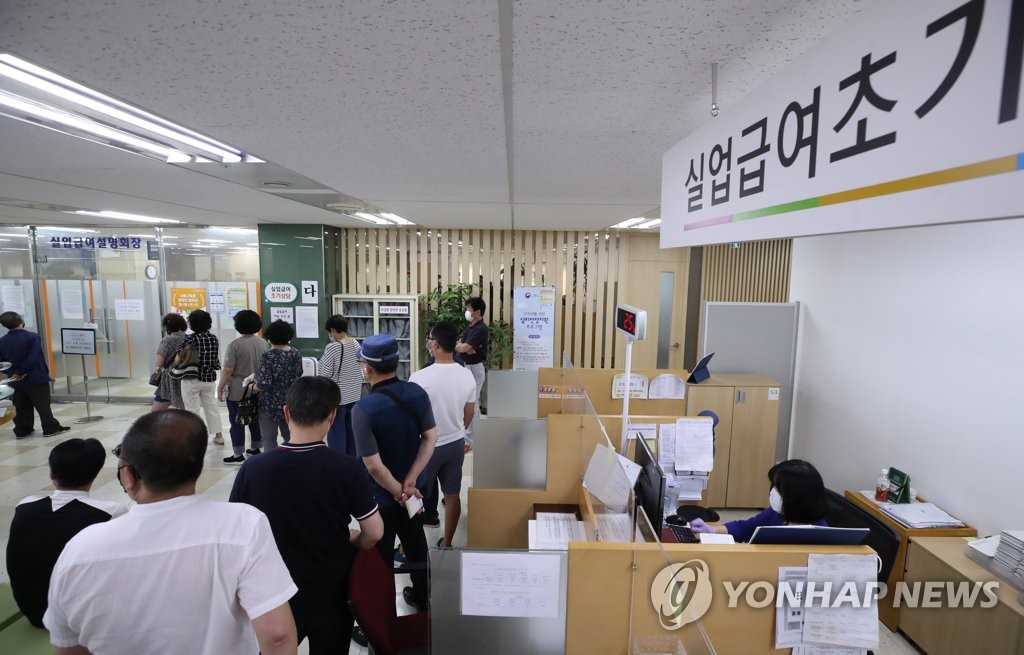 A sharp rise in jobless people came after the country switched to distancing in everyday life in early May, prompting some non-economically active people to seek to find jobs.

When non-economically active people or those who have no willingness to work try to find jobs, they are calculated as jobless people.

After nearly six weeks of tighter social distancing, the government eased the guideline on May 6 to enable citizens to carry out social and economic activities amid quarantine rules.

South Korea's jobless rate stood at 4.5 percent in May, the highest level in 10 years, according to government data.