SEOUL, June 14 (Yonhap) -- South Korea is maintaining a staunch readiness posture to respond to all situations involving North Korea, the defense ministry said Sunday, calling on the North to comply with the past inter-Korean military pact.

The comments came a day after Kim Yo-jong, the powerful sister of North Korean leader Kim Jong-un, warned of military actions in protest over Seoul's failure to stop defectors from launching anti-Pyongyang leaflets across the border.

Earlier this month, Kim warned that the military pact will be nullified and other exchange projects halted due to the leaflet campaigns.

"The defense ministry is taking the current situation gravely, and closely watching moves by the North Korean military," the ministry said in a statement, adding that it has maintained a staunch readiness posture "in preparation against all situations."

It then stressed that the Sept. 19 agreement "should be fully implemented to establish peace on the Korean Peninsula and to prevent accidental clashes (between the two Koreas)." 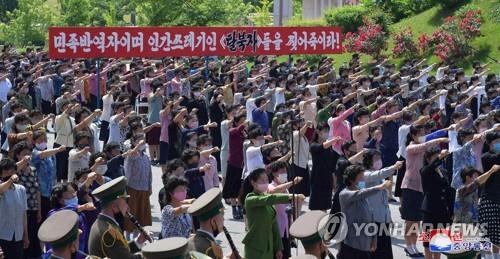