As mask prices skyrocketed amid massive virus outbreaks here in February, the country introduced the mask rationing system on March 9, in a bid to smooth out soaring demand. Under the scheme, citizens were to buy a limited number of protective masks every week at the price of 1,500 won (US$1.26).

"(The government) is in the final stage of talks to end its public (mask) distribution before the start of July," the official told Yonhap News Agency. The facial mask rationing scheme will end if there's no major supply disruption amid rising stockpiles, according to the official. 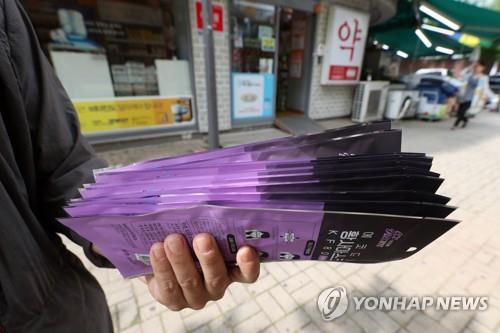 Demand for protective facial masks has sharply reduced recently amid the flattening virus curve, while the mask supply has continued to expand.

As of this month, the country's daily production of masks stood at some 18 million, about three times the daily production reported in January. The combined stockpiles held by mask producers have also grown to some 200 million, according to the government.

Ahead of the termination of the mask rationing scheme, the government will raise the weekly ceiling of "public masks" available for purchase per person to 10 from the current 3, starting this week, the official said.

But in case of emergency, the government will also be maintaining protective mask stockpiles large enough to meet a sudden rise in demand.

S. Korea on course to end mask rationing this month

S. Korea on course to end mask rationing this month