DAEJEON, June 14 (Yonhap) -- First came a long-awaited win, and then came an apology.

The Hanwha Eagles of the Korea Baseball Organization (KBO) ended their 18-game losing streak on Sunday, defeating the Doosan Bears 7-6 at home in Daejeon, 160 kilometers south of Seoul, in a continuation of a suspended game from the previous evening.

The Eagles had tied the 1985 Sammi Superstars for the longest losing skid in league history. They avoided having the dubious record to themselves by walking off on the Bears with two outs in the bottom of the ninth inning at Hanwha Life Eagles Park, as Noh Tae-hyeong delivered the game-winning single. 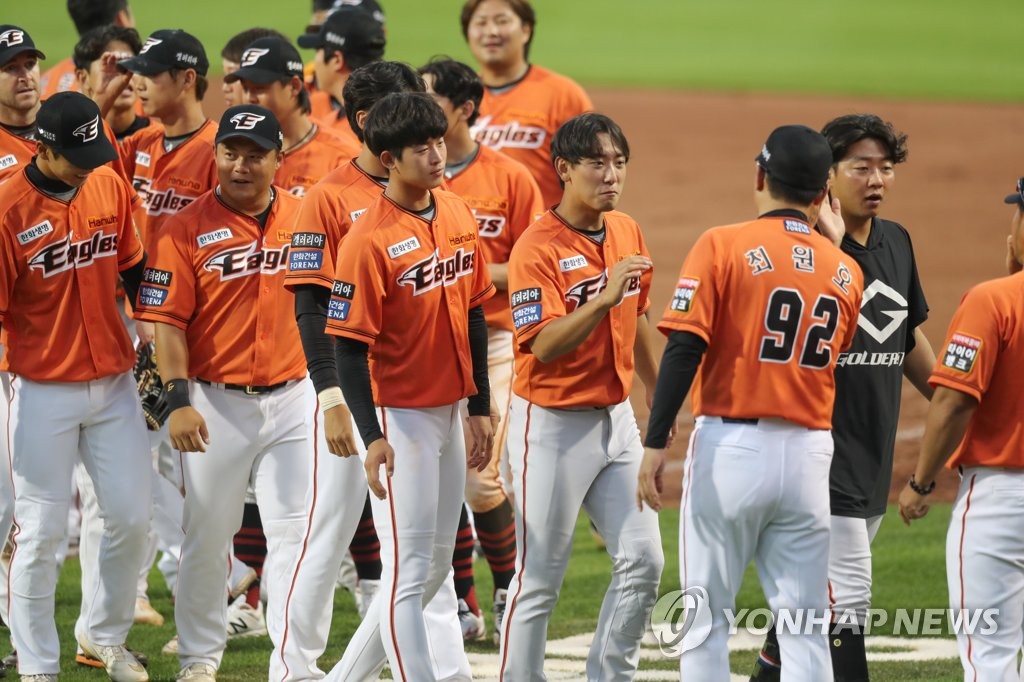 The two teams went back at it to play the originally-scheduled Sunday game, and the Eagles also won that contest, by 3-2.

After the first game, interim manager Choi Won-ho acknowledged the hard work and dedication of former manager Han Yong-duk, who stepped down last Sunday after the Eagles' 14th straight loss.

"He had gone through so much, and I am sorry that he had to quit during the season," said Choi, who had been the Eagles' minor league manager. "As a member of this organization, I take responsibility for that."

As soon as he took the reins, Choi demoted 10 veterans to the minor league, and called up rookies and unproven, career minor leaguers. The major shakeup resulted in four more losses before Sunday's breakthrough.

"I tried many different things, hoping to end the losing streak, and things didn't go our way at first," Choi said. "It was a tough stretch for all of us. Now that we've snapped our skid, I think we'll be able to start playing better baseball from here on."

Choi said demoted players will rejoin the Eagles later this week. Under KBO rules, those sent to the minors must spend a minimum 10 days before coming back up.

Then after the second victory, the Eagles released an apology on their website.

"We'd like to apologize to our fans for disappointing them with our lackluster performance during the long losing streak," the statement read. "Even though we finally ended the slide today, we are extremely sorry that we haven't lived up to our fans' expectations." 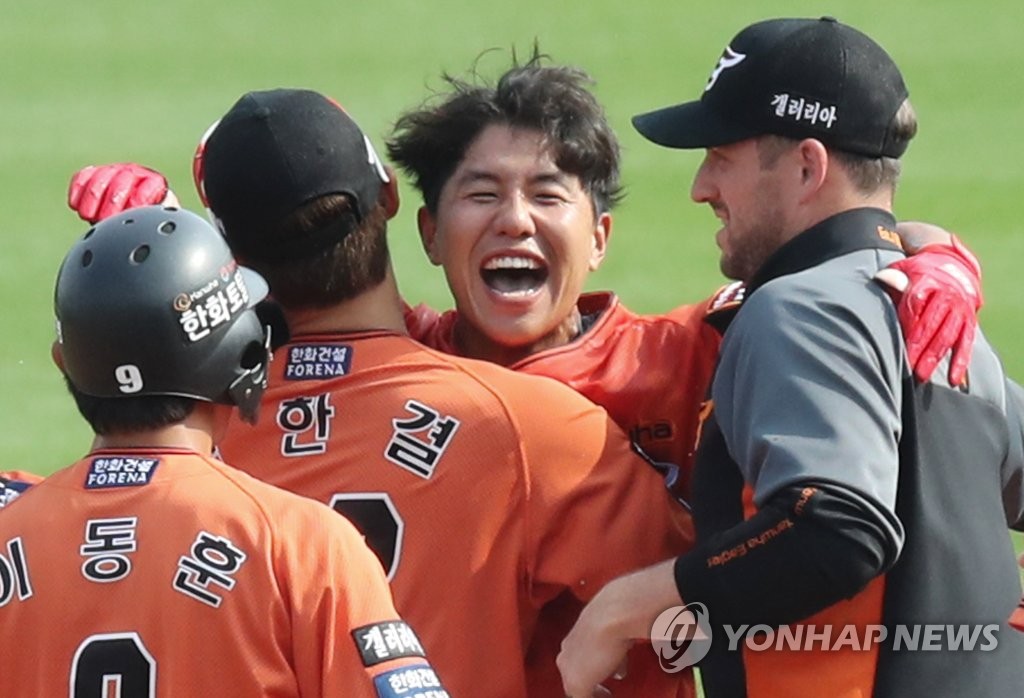