With the new coronavirus pandemic hampering live entertainment around the globe, the K-pop industry, which saw a string of canceled overseas promotions and tours, was quick to seek ways to turn the misfortune into opportunity, by launching online streaming concerts to connect with fans across the world.

SuperM of SM Entertainment first hosted a paid interactive online concert at the height of the global pandemic on April 26. According to SM, the concert drew about 75,000 fans from around the world.

Though no official data has been released, BTS' Bang Bang Con: The Live, which ran for about 90 minutes, apparently drew as much as 753,000 viewers near the end of the show, according to a realtime tally shared with fans.

The core concept of Bang Bang Con revolved around "rooms," with "bang" being the Korean word for "room." Throughout the show, the stage production changed constantly, offering different types of scenes, or rooms, so as to suit the theme of the song the band performed. 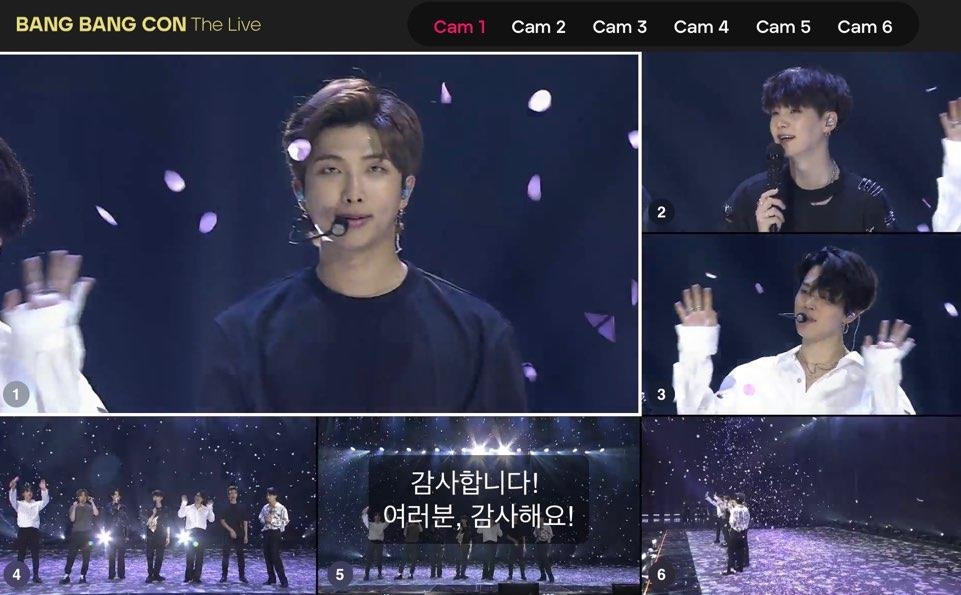 The concept also seemed fitting with the spirit of social distancing in the time of the coronavirus pandemic, as in watching concerts alone or with a small group of people at home.

The upside to such online format is the ability to interact. Having teamed up with U.S. streaming service start up Kiswe Mobile, Bang Bang Con offered an experience that allowed viewers to watch the entirety of the show through six different camera angles.

While the main camera, camera 1, provided the overall general shot of the band, cameras 2 to 6 provided simultaneous views of individual members. During the performance of "Jamais Vu," for example, viewers could either choose to watch Jungkook sing or watch J-hope breathe hard while pausing during a segment of the song.

The same could be done on other members, making even the sweat in members' hair noticeable in glorious HD streaming.

Fans could also send messages to the band in realtime, or click on a virtual "ARMY bomb," a digital version of the band's official glow stick merchandise, which would then be reflected in a virtual map showing the locations where fans were viewing the show.

The caveat for the live concert, however, obviously is the absence of the element of in-person attendance.

Even though BTS presented a fully-live concert and fans across the globe cheered in realtime, a digital interaction could in no way replace the sense of actually being there, the hair-raising experience of standing inside a stadium amongst tens of thousands attendees cheering and chanting along with the stars.

BTS was ecstatic to return to stage, their first concert in seven months. At the same time, they shared a sense of uneasiness that this could become the new normal.

"I have this fear that this maybe is the future of concerts," BTS leader RM said near the end of the show.

The rapper-singer added, "Nonetheless thanks to all the fans that help us and watch us, we can overcome all obstacles," he said.

Having played sold-out stadium concerts just until recently, Suga also stated that he found this new experience of performing in front of zero fans quite awkward. 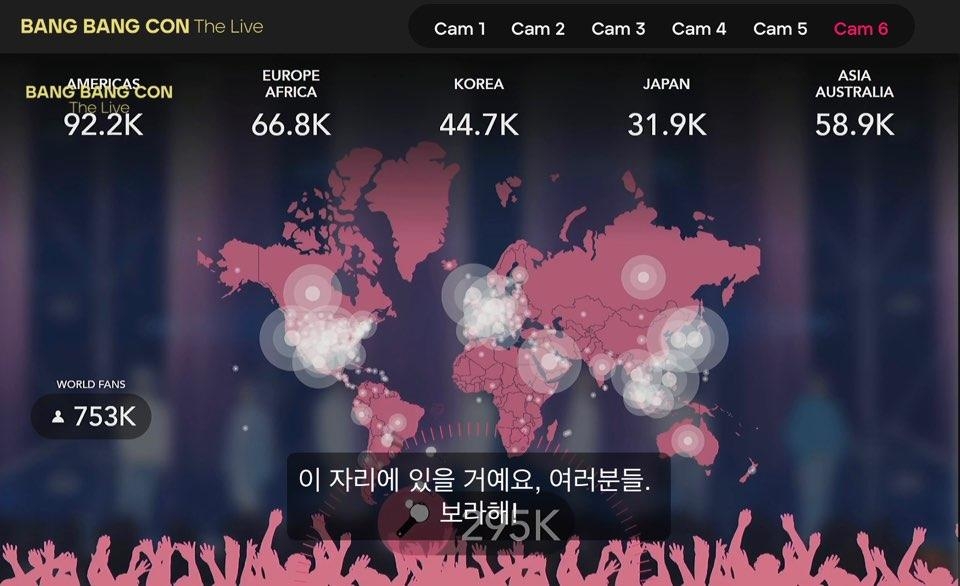 "During live shows, we become spiritually recharged from listening to the roar of fans, which powers us through the rest of the set list. It is somewhat pitiful that we can't actually hear your voices," Suga said.

Suga told fans online, "I think we can perform many songs by imagining that you are all here, even though you guys aren't."

Some latency issues, though minor, also popped up during parts of the show. The matter was apparently fixable by refreshing the viewing browser.

"I am kind of used to watch them on a computer. They have never been to Argentina, and although I went to Brazil last year to watch them it was just once. I kind of like having multiple cameras also," 41-year-old Natalia Kunzmann in Cordoba, Argentina, said of her viewing experience.

Kunzmann said she enjoyed the live show, especially the elaborate details of the various stage productions.

"Regarding the online production, the advantage is the different stagings are a lot more detailed and elaborate than on a fixed stage on a live concert. So I really am enjoying it," she said.

Some fans, however, said some technical aspects of the show seemed unnecessary.

"I felt like the multi-view option/other camera angles were not necessary and just led to my eyes being overworked from constantly moving around. I stayed on the main camera 20 minutes into the concert," said Lika G, 27, in Hamburg, Germany.

In general, however, she said Bang Bang Con managed to do what it sought out to do.

"All in all everything went rather smooth and Bang Bang Con did what it was supposed to do in my opinion: help keep fans engaged in a period in which BTS can't meet us 'personally.'" 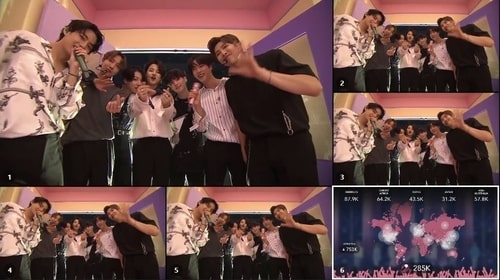