SEOUL, June 15 (Yonhap) -- South Korea said Monday it will revamp its regulations to prevent possible illegal fishing activities by South Korean-flagged boats operating overseas, after the country had been on the verge of being labeled as one of the nations engaging in unregulated fishing.

Previously, inspections had been carried out for illegal fishing activities only on foreign-flagged boats arriving in South Korea.

The new measure will be implemented on the first batch of 12 deep-sea squid fishing boats in July, according to the Ministry of Oceans and Fisheries.

In September 2019, the U.S. made a preliminary decision to name South Korea as a country that engages in illegal, unreported and unregulated (IUU) fishing, after a South Korean boat was caught doing unauthorized fishing near the Antarctic.

The decision was later lifted in January, but South Korea has been making efforts to bolster its control over illegal fishing activities to prevent similar incidents from recurring.

The European Union made a similar decision on South Korea in 2013, which was lifted in 2015.

Local authorities plan to especially beef up surveillance on poaching of banned marine creatures, such as sharks and whales, by South Korean boats.

The ministry said it will also hand out official maps of the exclusive economic zones for fishing boats to prevent potential conflicts on waters.

For fishing boats without an authorized fisheries observer on board, the ministry plans to monitor their activities through video surveillance systems. 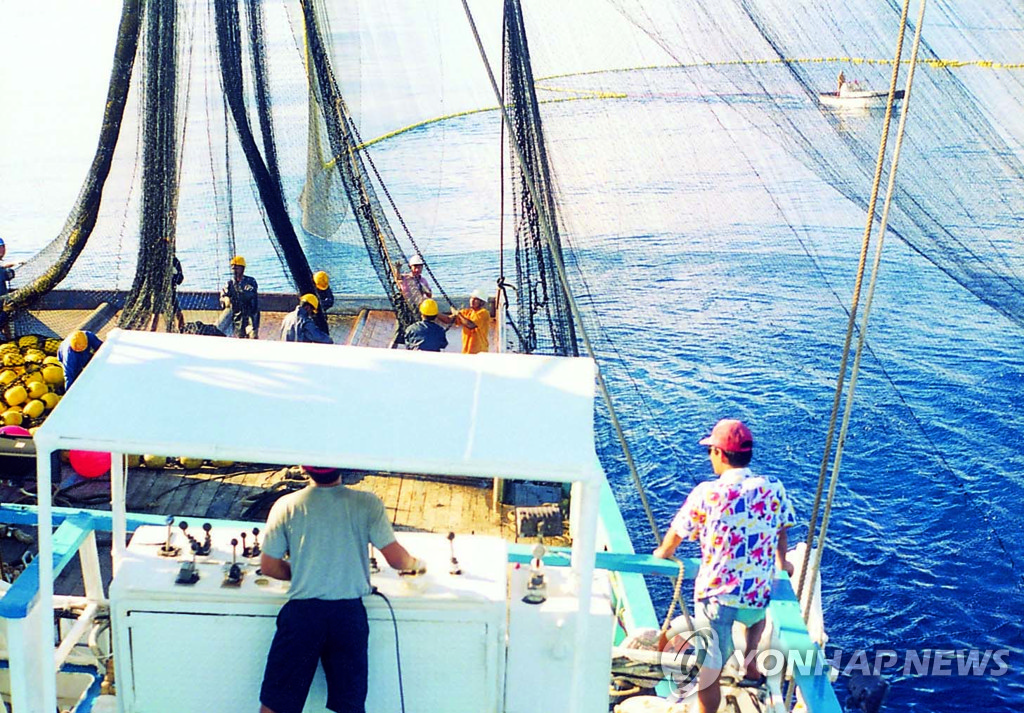