Big Hit Entertainment announced that "Bang Bang Con: The Live," which was streamed over around 100 minutes remotely from a studio in Seoul on Sunday, drew some 756,000 viewers from across the world.

Fans from 107 countries or regions, including South Korea, United States, China, Britain and Japan, logged in to view the online event, the company added.

Big Hit said that the size of Sunday's online crowd roughly amounted to the combined audience of 15 stadium concerts.

"Despite the difficulties the concert industry is going through due to COVID-19, BTS is being evaluated as opening new possibilities through its online concert," Big Hit said. The concept of "Bang Bang Con" revolved around "rooms," with "bang" being the Korean word for "room." Throughout the show, the stage production changed constantly, presenting five types of scenes, or rooms, so as to suit the themes of the songs the band performed.

The K-pop septet will drop its fourth full-length album in Japan, titled "Map Of The Soul: 7 - The Journey," on July 15.

The 13-track album will include original Japanese songs, like "Stay Gold" and "Your Eyes Tell," and the Japanese versions of the group's previous songs, including "ON," Boy With Luv," and "Fake Love." 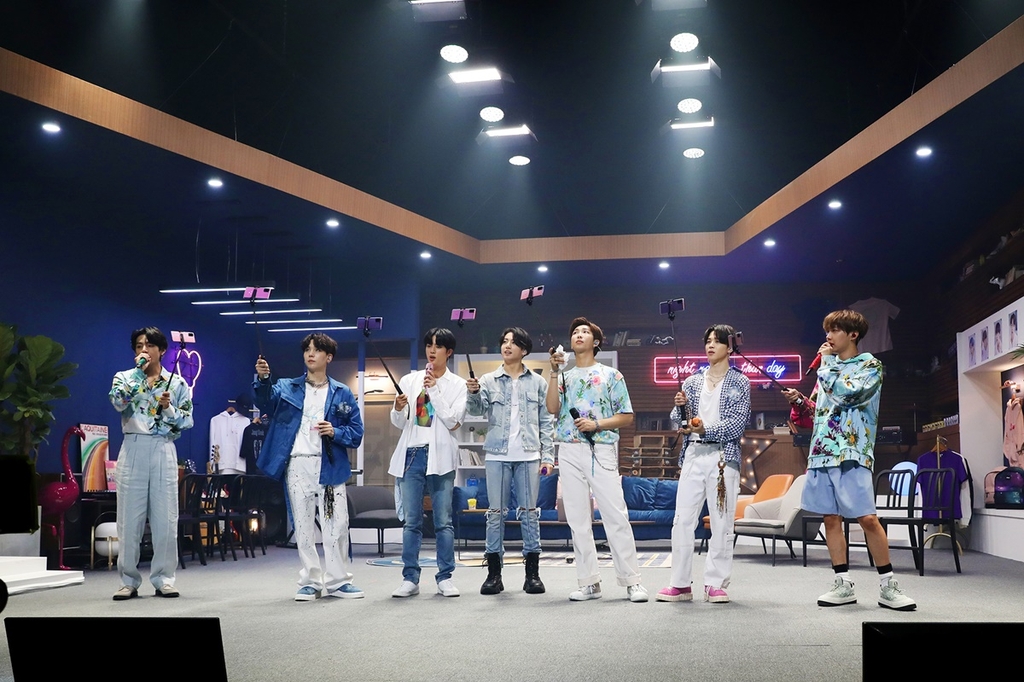