Jeong made the remark during a meeting with chief executive officers of the country's leading defense firms, referring to the cancellation of foreign defense expos and suspension of export talks in the wake of the COVID-19 crisis.

"We are putting efforts to spend more on purchasing arms from local companies, instead of buying from abroad, when drawing the budget plan for next year," the minister said during the conference in Seoul.

The remark is in line with the government's push to develop more home-grown parts and revitalize regional economies through the designation of defense industry innovation centers in provinces.

The southeastern city of Changwon and the surrounding South Gyeongsang Province have been named as the host for the country's first such center in April.

"We are working on how to better support (the industry), but there have been limits in drawing visible achievements," Jeong said. "Though it is not easy, I hope we can overcome this difficult situation together." 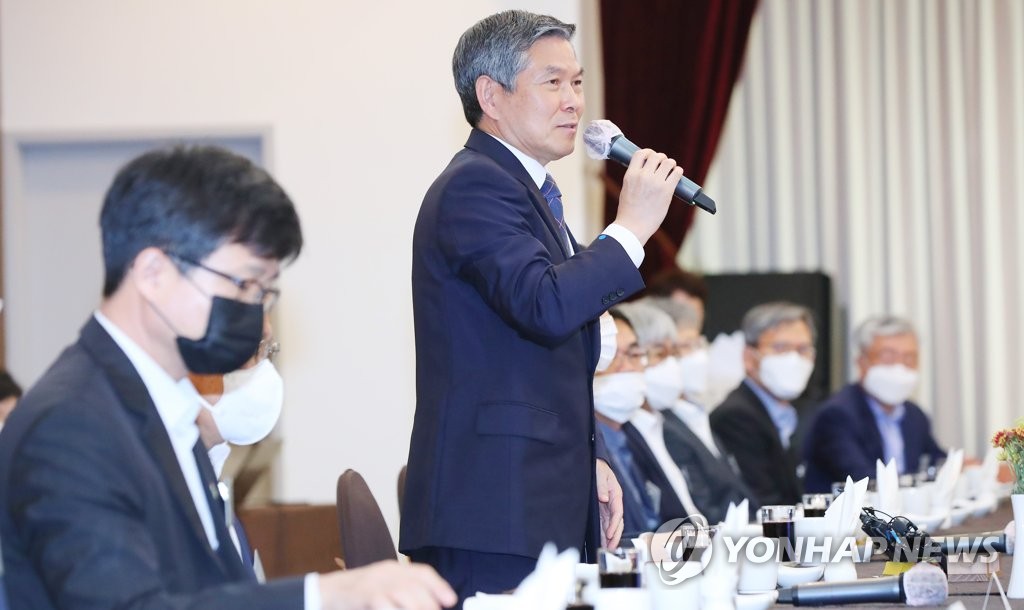