SEOUL, June 15 (Yonhap) -- A civilian committee plans to issue a decision next week on whether Lee Jae-yong, the de facto leader of Samsung Group, should be indicted over his alleged involvement in a merger and accounting fraud, informed sources said Monday.

The Supreme Prosecutors Office informed Samsung, South Korea's largest conglomerate, of the plan for the panel of outside experts to deliver its verdict on the matter next Friday.

Lee earlier called for a public assessment of the validity of the way that state prosecutors have conducted a probe into suspicions related to his Samsung Group managerial right succession process.

The panel is due to express its view on whether the indictment of Lee is required, a nonbinding but hard-to-ignore suggestion for the prosecution.

The Samsung scion is under probe in connection with the controversial merger of two Samsung affiliates in 2015, an apparent key process in his takeover of control of the group from his ailing father, Lee Kun-hee.

Last week, a Seoul court turned down the prosecution's arrest warrant against Lee, saying whether he's guilty or not should be decided through "legal battles," namely in the form of a formal trial.

The system for a review of state prosecutors' investigation by an external panel was introduced in 2018 to enhance neutrality and fairness of its probes into cases that are of great public interest. 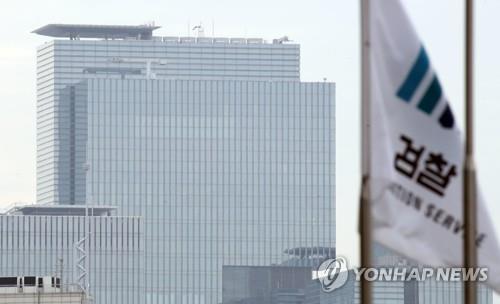